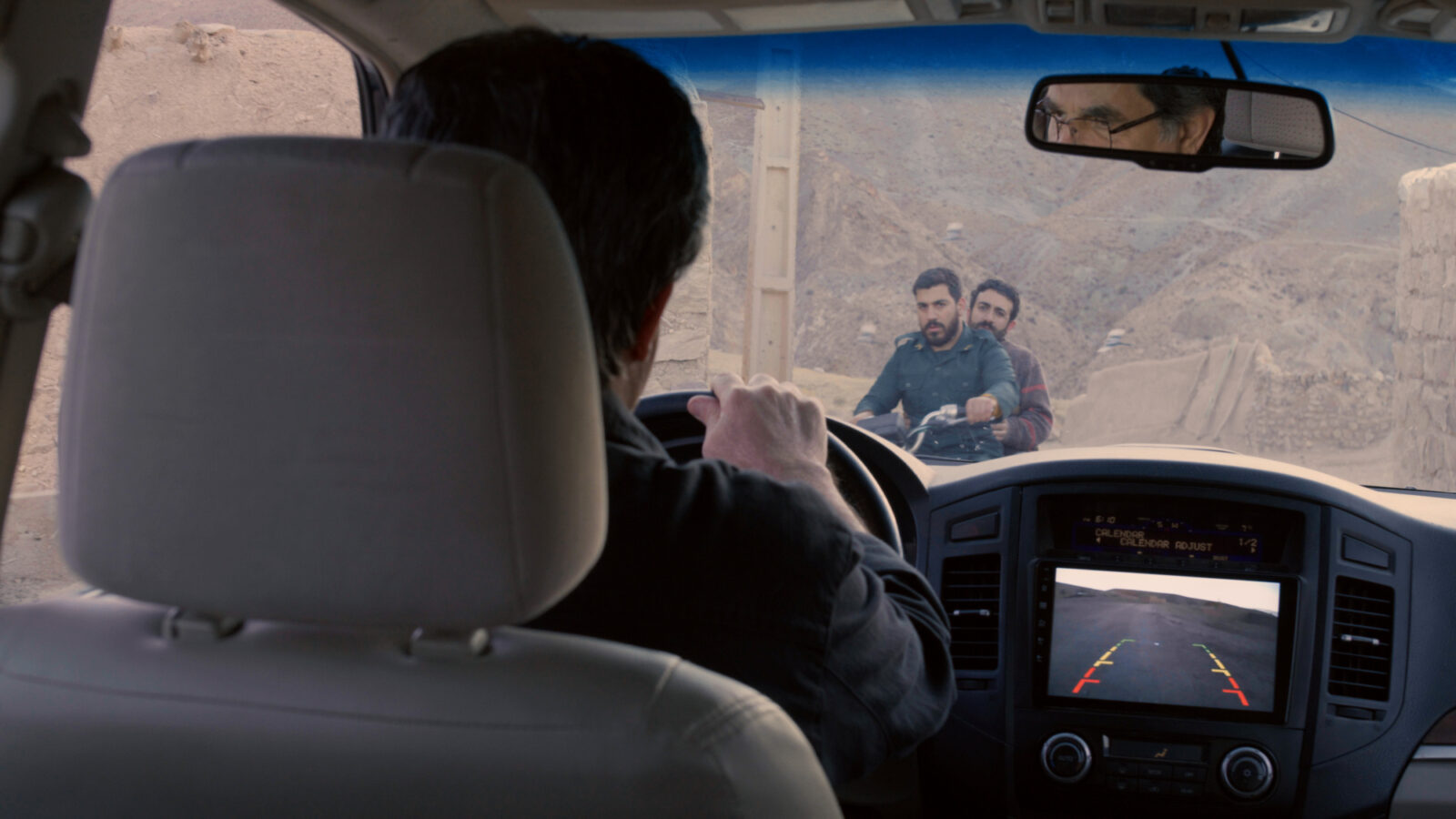 See all the winners and honorable mentions here.

NO BEARS is distributed in Norway by Arthaus and will be in Norwegian cinemas in 2023.

10 films have competed in the festival's main competition. The Silver Mirror Award is given to the winning film, and a cash award of 25.000 NOK is given to the Norwegian distributor for the distribution of the film in cinemas in Norway. The award is given by Stiftelsen Festivalkontoret.

This year's Silver Mirror Award winner is NO BEARS by Jafar Panahi. Honorable mention is given to THE KINGS OF THE WORLD by Laura Mora Ortega and HOLY SPIDER by Ali Abbasi. The jury consisted of Renée Hansen Mlodyszewski, Le Nguyen and Tonje Finvold Lacher.

“The winner of this year’s award is a film that, in the eyes of the jury, is a masterpiece through and through. The jury was unanimous. The winner is Jafar Panahi’s NO BEARS.

From one of our time’s most important filmmakers, we are served a countryside drama where heartwarming comic releases are mixed in with tragedy and absurdity. The director does not shy away from being at the center of attention in a self-deprecating, self-sacrificing, and self-examining way. At the same time, the film emphasizes ever-relevant themes which touch and move us on a sociopsychological and individual plane.

The film uses smart and creative devices but is not trying to cover up the director's longstanding critique of the oppressing regime - a stance that has cost him dearly both as an artist and as a person. However, above all else, the film that wins this year’s Silver Mirror Award is about love. The love between people, love towards a spiritual force, and a love for filmmaking.

In unison, the jury has decided to give this year’s Silver Mirror Award to Jafar Panahi for his intelligent, brave, and life-affirming film - NO BEARS."

The Dok:South Award is given to the best of ten films in the documentary competition section. The award is 10.000 NOK given by Stiftelsen Festivalkontoret to the film's director.

This year's Doc:South winner is THE TERRITORY directed by Alex Pritz. Honorable mention is given to ONCE UPON A TIME IN UGANDA by Cathryne Czubek. The jury consisted of Harmeet Kaur, Adel Khan Farooq and Signe Rosenlund-Hauglid.

"The main award goes to a thought provoking film that underlines the complexity of an otherwise well known global problem.

With a steady hand, the crew behind this film guides us through the everyday life of an indigenous community that strives to keep their land - facing continuous threats from politicians, market forces and farmers who see their land as a way out of poverty.

With breathtaking cinematography and exquisite sound design, the film plunges into the (still) ongoing battle for preserving our world's lungs. It is a battle fought with life at stake, on more than one side, and although the film shows a local conflict, the aftermath of the outcome will have global effects.

The main award goes to “The Territory”, directed by Alex Pritz."

New Voices is a competition program for first and second time filmmakers. The award is a cash prize of 10.000 NOK given to the best of ten films in the section. It is given by Stiftelsen Festivalkontoret and goes to the film's director.

Jury Statement:
“The winning film explores different characters as we are pulled into each of their lives. With empathy, it explores complex family relations and makes the audiences face the conflicts from different perspectives. It leaves room for reflection on the society we live in. It is very authentic with credible writing and acting."

The festival audience chose ARGENTINA, 1985 by Santiago Mitre as the winner of the Audience Award.