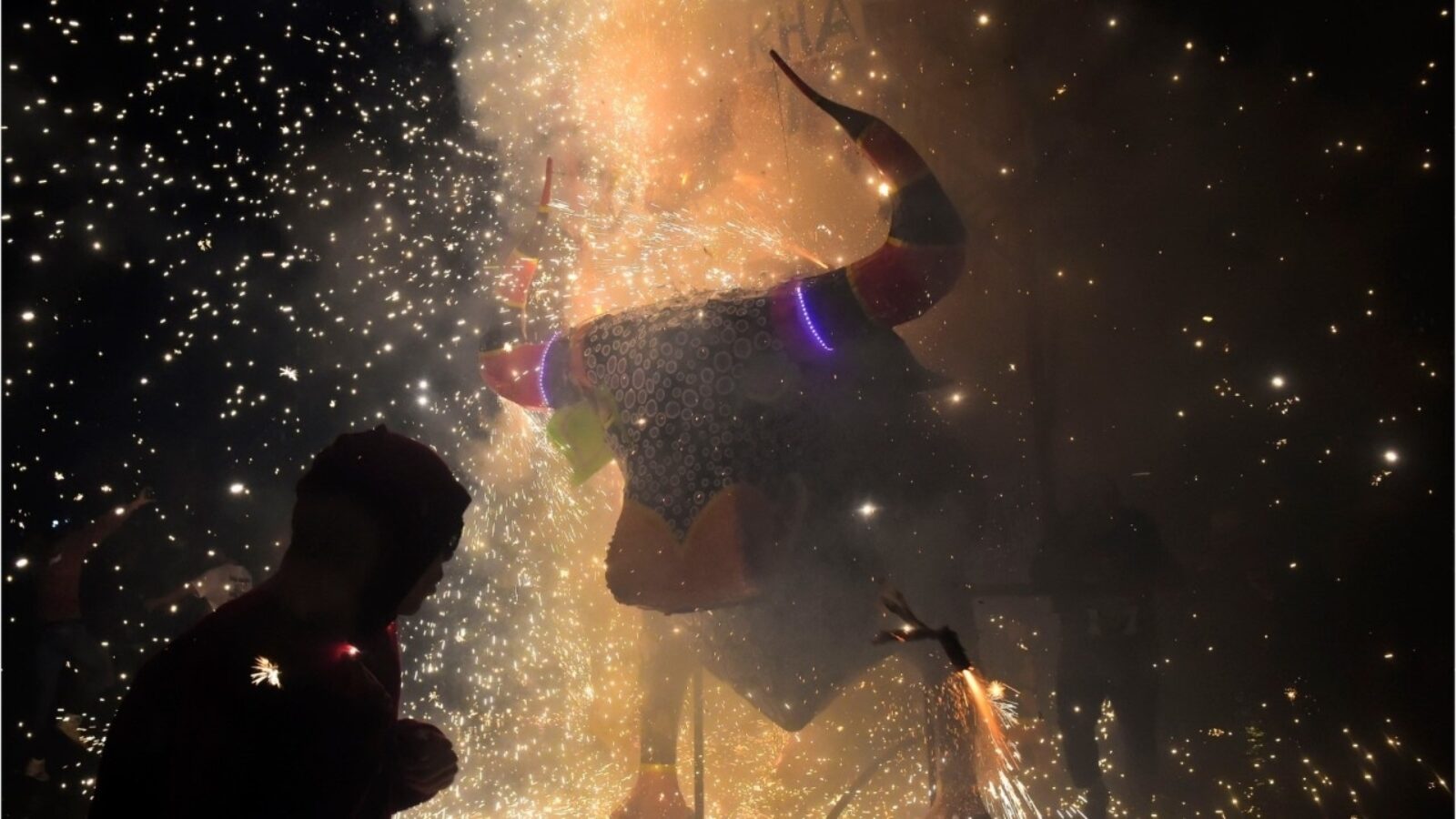 In Tultepec, Mexico, fireworks are essential to daily life. This documentary explores the town where pyrotechnics dominates more than three quarters of its economic industry. In preparation for an annual ten-day festival honoring San Juan de Dios, the patron saint of firework makers, local pyro-artists build colorful, combustible towers, and giant paper bulls that parade through town while shooting fireworks off in all directions. Brimstone & Glory shows how this brilliant, dangerous spectacle defines a community and ignites a culture.

This uniquely-unobtrusive documentary gives you a fly-on-the-wall feeling during the firework making process and celebration in Tultepec. With no narrator or interviewer directing your attention on screen, you feel alone with the townspeople and the fire. This intimacy makes the gorgeous visuals of pyrotechnics more vibrant, and makes the danger of locals losing their lives to rogue fireworks even more jarring.

As a young boy from Tultepec says, “A bull is covered in fireworks so that people don’t just look at it. It’s for people to feel something and to take away with them.” From Brimstone & Glory, one can expect to take away the adventure of exploring fireworks not only in the sky, but on the ground—in the palm of a fearless person’s hand. Alex Heller

Viktor Jakovleski (b. 1983) is a director and producer born in Berlin. He studied at the German Film and TV Academy DFFB, and has also gained experience from Hollywood productions. Jakovlevski has produced several short films and formed his own production company, Rakfin, with his sister. Brimstone & Glory is his first feature film.