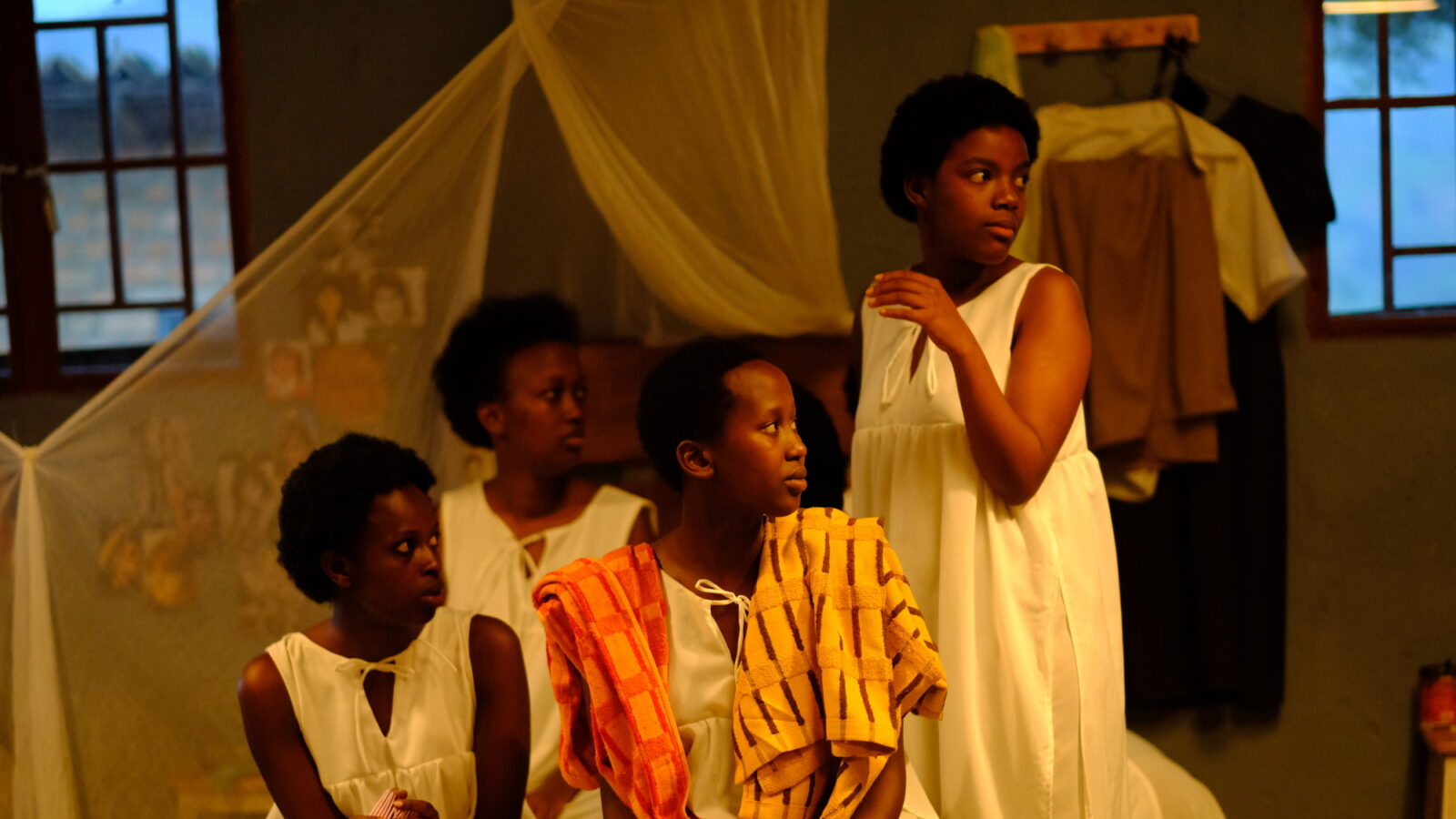 Our Lady of the Nile

Rwanda, 1973. At a Catholic boarding school for girls, everything is as usual. Ambitious students with big plans for their future are living a seemingly unproblematic life. But the underlying contradictions are becoming more and more prevalent. Taking place 20 years before the genocide in Rwanda, the conflict between the Hutus and the Tutsis is still highly present in the film. And when a coup d'état unfolds, the boarding school is no exception.

Thus, the colonization and the conflict between the Hutus and the Tutsis serve as a thematic backdrop as well as a growing source of conflict between the students. Besides the postcolonial portrayal of Rwandan history, this is also a significant cinematic triumph. The jazzy soundtrack contrasts an increasingly gruesome course of action, making Our Lady of the Nile an original film. Several poetic sequences in slow motion and beautiful scenery also make this a striking visual experience.

Atiq Rahimi (b. 1962) was born in Kabul, but fled Afghanistan in 1984. The director came to France as a political refugee and went to the prestigious Sorbonne University in Paris. Rahimi is perhaps best known as an author and was awarded the Goncourt Prize in 2008. He was also awarded several prizes for his debut film, Earth and Ashes (2004). Our Lady of the Nile is his third feature film.