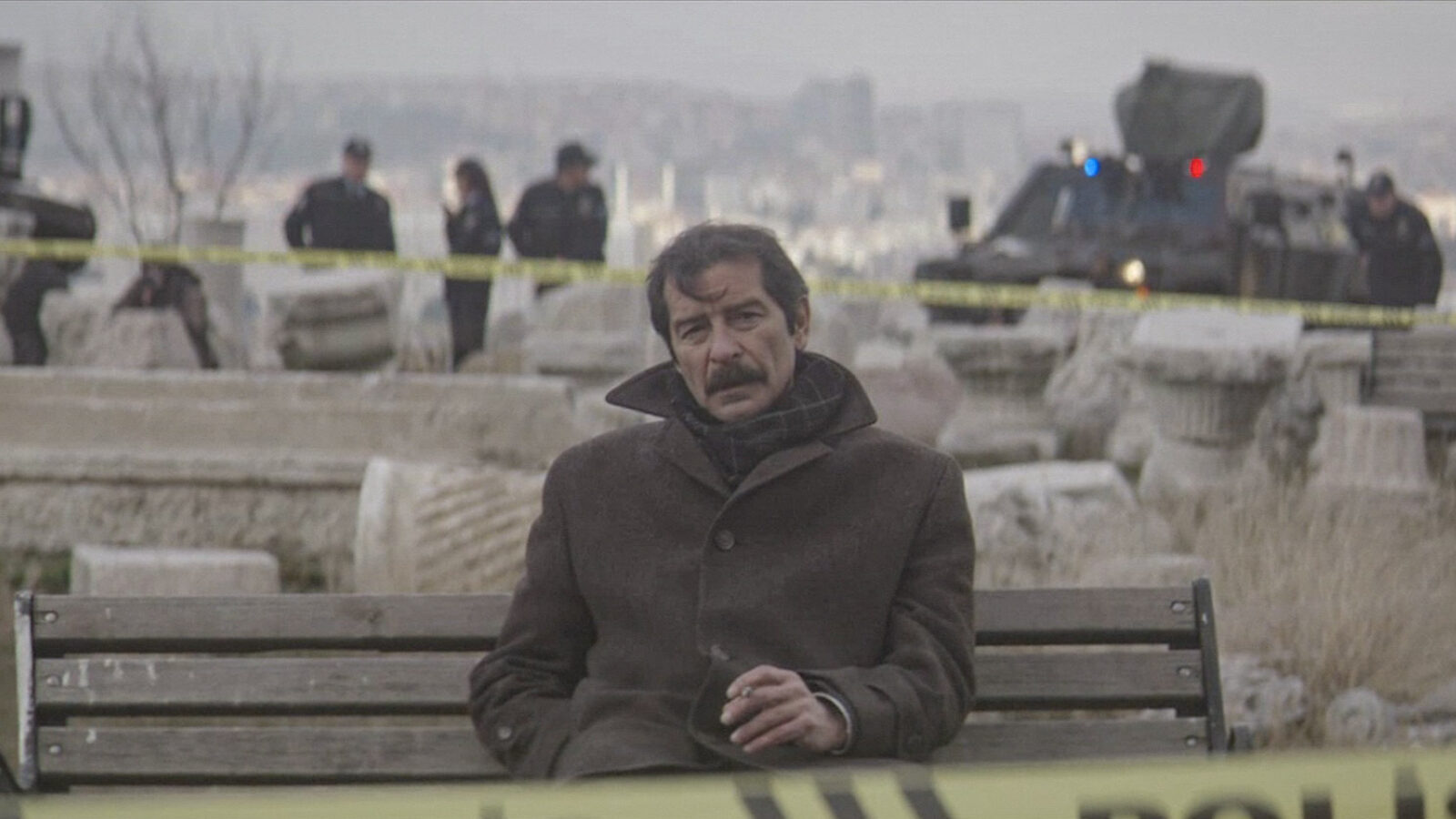 Fikret is a melancholy, divorced man in his 60s, living in a self-inflicted lonely life on the outskirts of Ankara. For 22 years he’s been the director of the oldest zoo in the country, and when the zoo is threatened with imminent closure Fikret’s life’s work seems to be unravelling in front of him. It doesn’t help that an amusement park financed by a group of Arab investors are taking over the whole area. Amongst the animals in his zoo is rare example of the near-extinct Anatolian leopard; a national icon for whose care and wellbeing very strict guidelines are in place. When it suddenly disappears from its cage on New Year’s Eve everything else is placed on hold, and a large scale national hunt is afoot to find the leopard.

Emre Kayış is a first-time feature film director who has infused his debut with numerous emotional layers, social commentary, and interesting directorial choices. The hunt for the missing leopard evolves into a dark comedy with distinctly Kafkaesque traits, but it is perhaps in the portrayal of the ageing, self-loathing Fikret that Kayış really impresses. It is possible that there are some similarities shared between the lonely old leopard in a cage and the soon-to-be has-been zoo director. The director handles this delicately and convincingly.