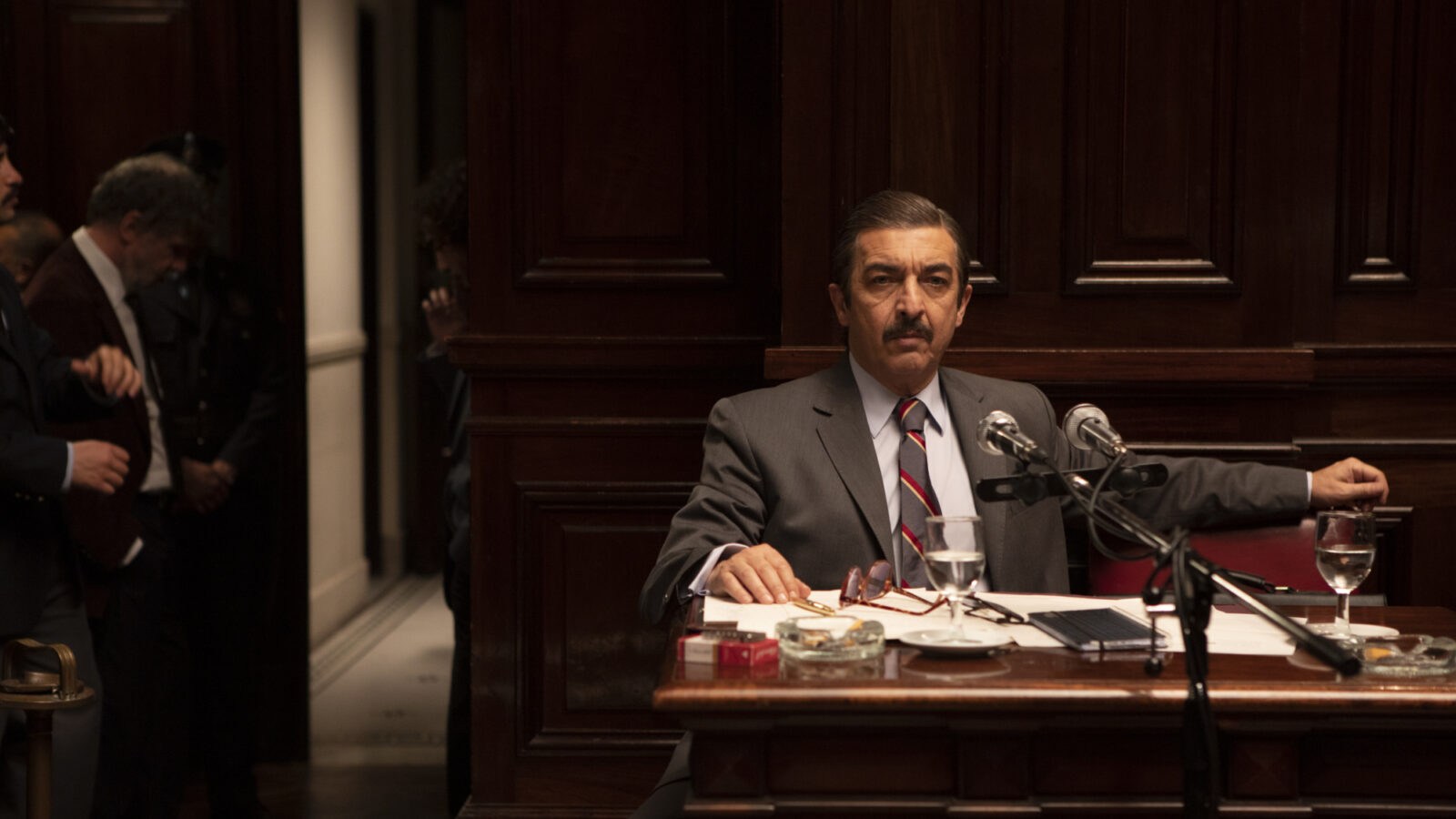 Ricardo Darín shines in the role of state attorney Strassero, and the incredible ruling against the dictator general Jorge Videla in 1985.

From the Main Competition programme of this year’s edition of the Venice Film Festival, we get an ashtonishing courtroom drama that reveals the true story behind the verdict of the Argentinian Junta that ruled from 1974 to 1981 – a period characterized by torture, violence and suppression. State attorney Julio Strassero (Ricardo Darín) was named the head of the prosecution after the junta had fallen. No one had any belief in a successful trial against the junta, but he still managed to masterfully turn the trial into a victory against repression and violence. Darín has a rare presence only the best actors in the world manage, making the film a fantastic experience. We are drawn into this suspenseful drama that is one of the highlights of the festival.

The Argentinian Embassy invites to refreshments from 17.30 at Vika Kino.

The screening of ARGENTINA, 1985 at 18.00 is introduced by Ambassador Mrs. Betina Pasquali de Fonseca from the Embassy of the Argentine Republic.

Santiago Mitre is an Argentinian director and screenwriter. He broke through with his first feature film, El estudiante, which was screened at several festivals around the world in 2011. Since then he has directed five feature films, among them Paulina (2015), The Summit (2017) and Petite fleur and Argentina, 1985, both in 2022.