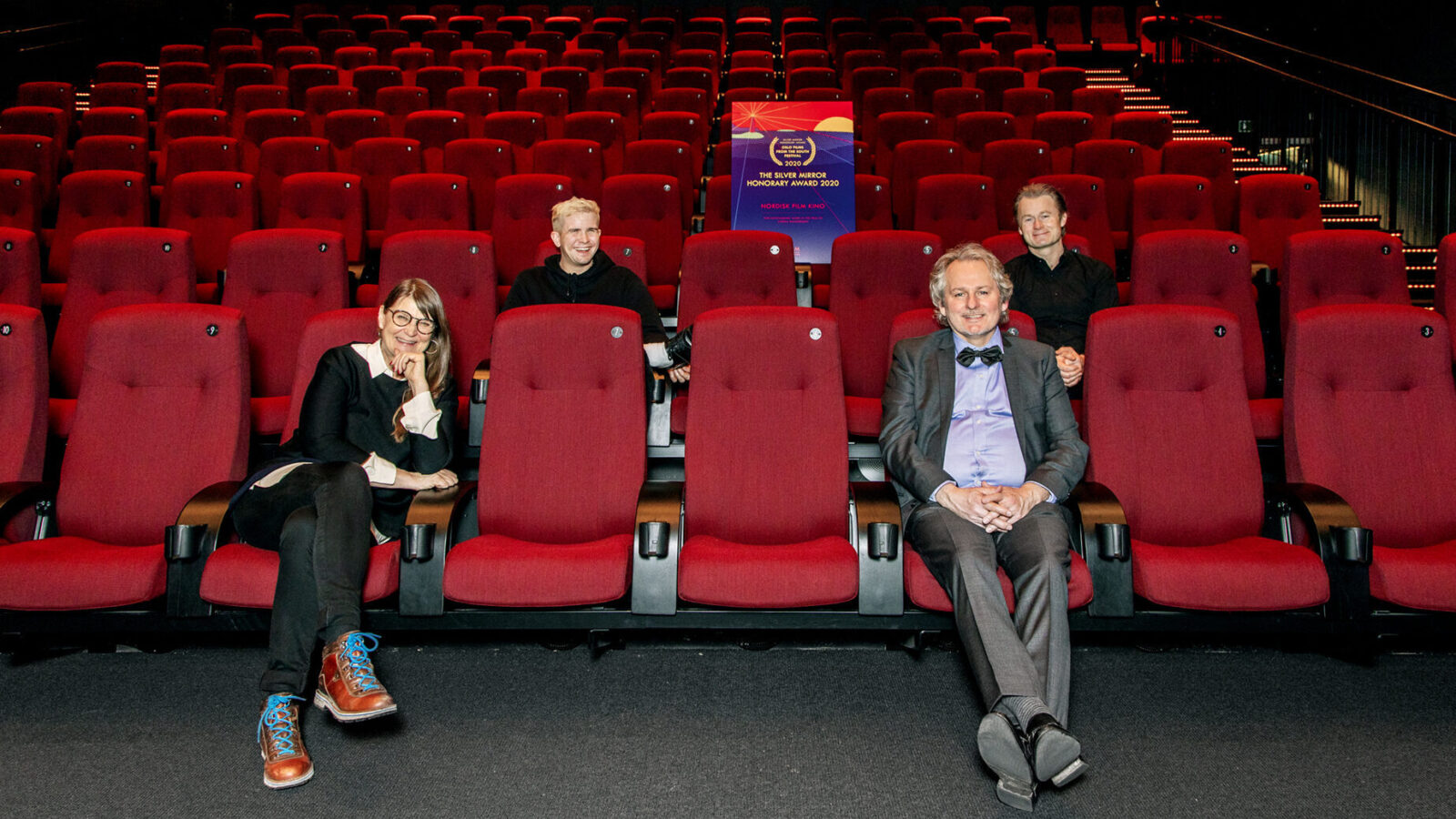 The festival is coming to an end, and we are proud to announce that a special honorary award goes to our collaborators: Nordisk Film Kino, Cinemateket i Oslo and Vega Scene for their outstanding work in the field of cinema management.

This year, the Silver Mirror Honorary Award goes to our partners through many years of the festival’s history: Nordisk Film Kino, The Oslo Cinemateque (Cinemateket i Oslo) and Vega Scene, for their outstanding work in the field of cinema management. The award was received by the program directors Christin Berg, Jan Langlo and Truls Foss earlier this week. The honorary award is given by the Films from the South, and an anniversary committee consisting of people that has a close relationship to the festival. These are Dag Asbjørnsen, Åse Meyer, Brynjar Bjerkem, Hilde Herming, Heidi Sandberg, Tonje Skar Reiersen and Lasse Skagen.

Read the statement from the anniversary committee here:

«Cinematic Dark, Televised Light» was the title of a Norwegian media studies textbook in the 1990s. That seems a long time ago now, as does the time when television was the essential alternative to the cinema. Now, thousands of screens from phones, tablets, and smart TVs are alight. Movies are available everywhere, at all times. Series are binged across streaming platforms, and videos are shared in social media. Moving images surround us everywhere.

Still: None of these new media can replicate the magic of the dark of the cinema. The dark which allows us to step out of our everyday lives, and into another reality, a different space. Literally – because there is a difference between being at home and in the cinema. At home we remain surrounded by all the elements that tie us to everyday life; the things, the people, the chores. Distraction looms close, as we can press pause, do something else, talk to someone, postpone the experience. 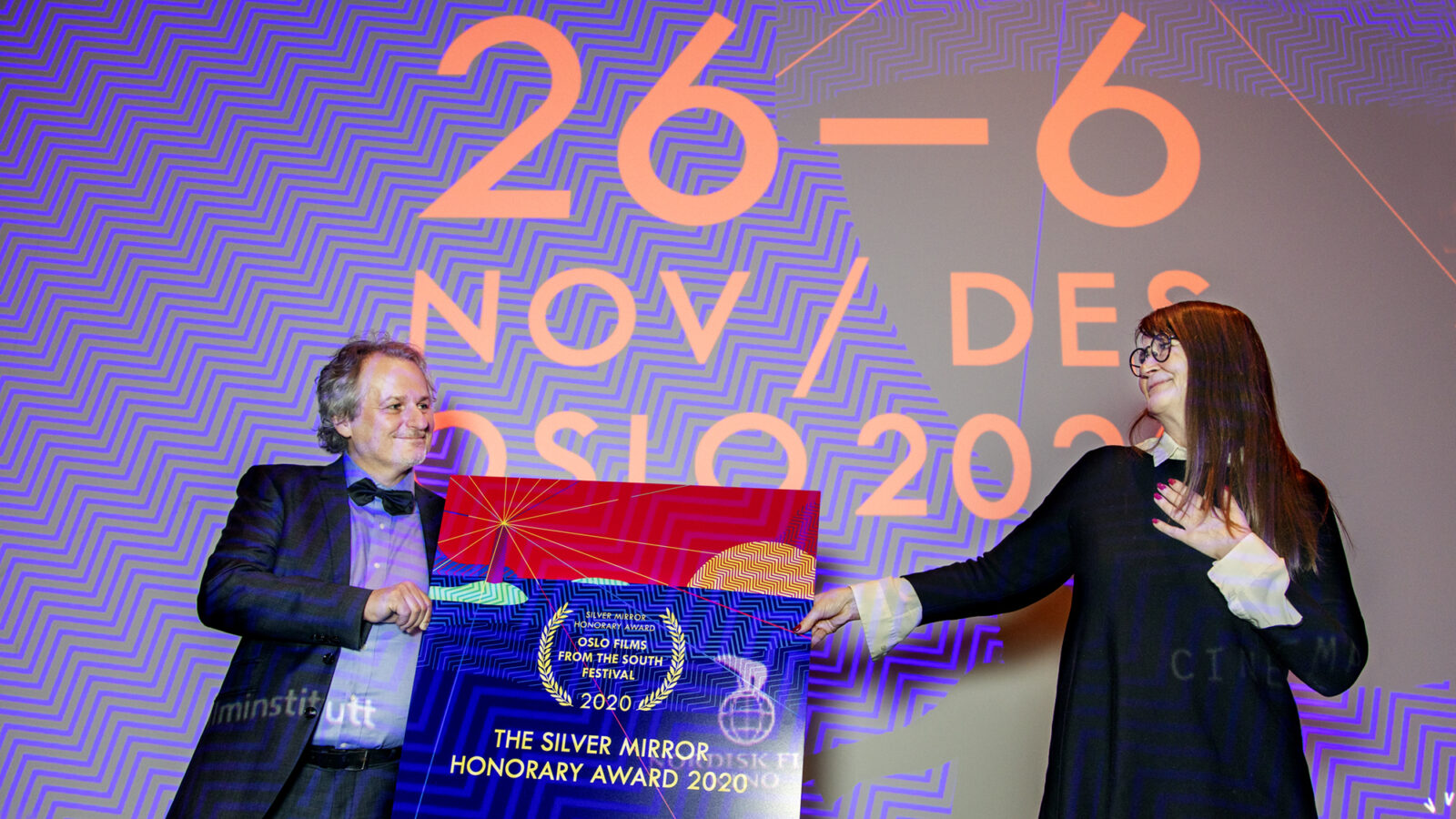 In the cinema, all signs of the everyday outside disappear. Just entering the screening room creates a divide between worlds. A child walking into the giant screening room at Colosseum cinema might easily be blown away by the sheer size of the space – and once the light show starts to flash across the ceiling, find themselves immediately transported into the world of Harry Potter where anything is possible. In the words of French philosopher Roland Barthes: the viewer enters a state of hypnosis. You lose yourself and enter a state in which you are at the mercy of the movie. When you exit the cinema you also exit the state of hypnosis, shake it off, according to Barthes.

While in this hypnotic state, you are able to experience alternate realities, and fantasies that technology has now rendered more fantastic than ever before. Not only can actual historical eras be recreated down to the most miniscule details, but other, fantastical worlds can arise. Inside the screening room, there is also a more modest type of film, whose only ambition is to reflect reality – just like the Italian post-war neo-realists wanted to display an impoverished Italy from the perspective of the common people. These histories have the potential to fascinate us with their fundamental humanity and their often political tendencies. 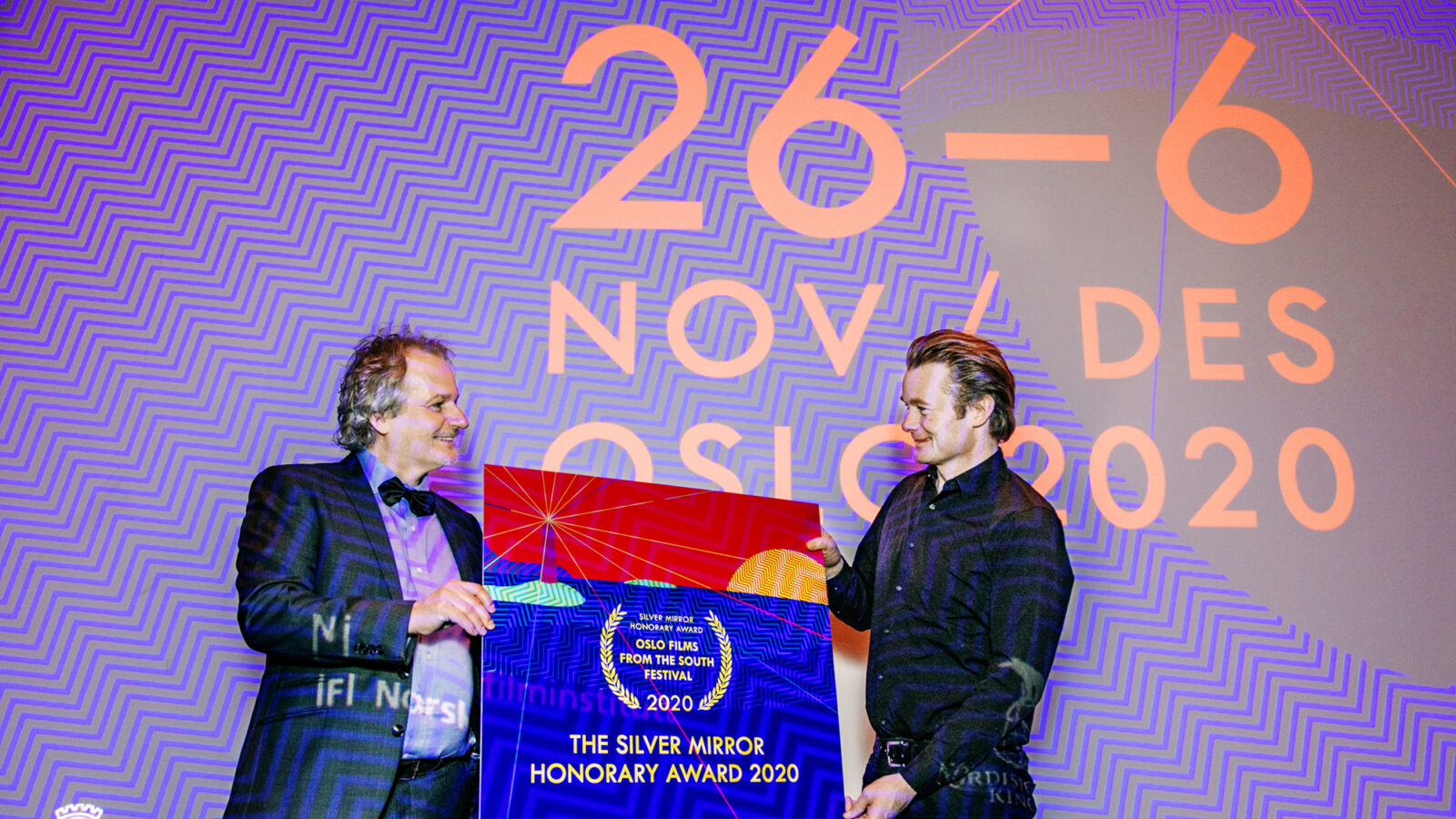 However, the cinema is more than the individual’s chosen temple for self-imposed hypnosis. The cinema is also a meeting place. We go to the cinema together; with friends, with family, with colleagues. And even if you go there alone, you meet other people before, during, and after the main event. In many cases, you will have discussed with others which film you should get tickets for: expectations are established, which influences the totality of the experience. When the film is finished, you chat. About the film, or about other things. You meet up, get together. Sometimes, the cinema can even provide a space for reflection, for example by an engaging introduction or an interesting panel afterwards. These are some of the social aspects of a cinema.

Thus, the cinema is at once an individual experience, a hypnosis, a shared and social experience, and a conscious togetherness. This is what the darkness of the cinema facilitates, and what makes the cinema a truly unique experience in the midst of all the flashing screens, algorithms, and sharing of moments across social media. 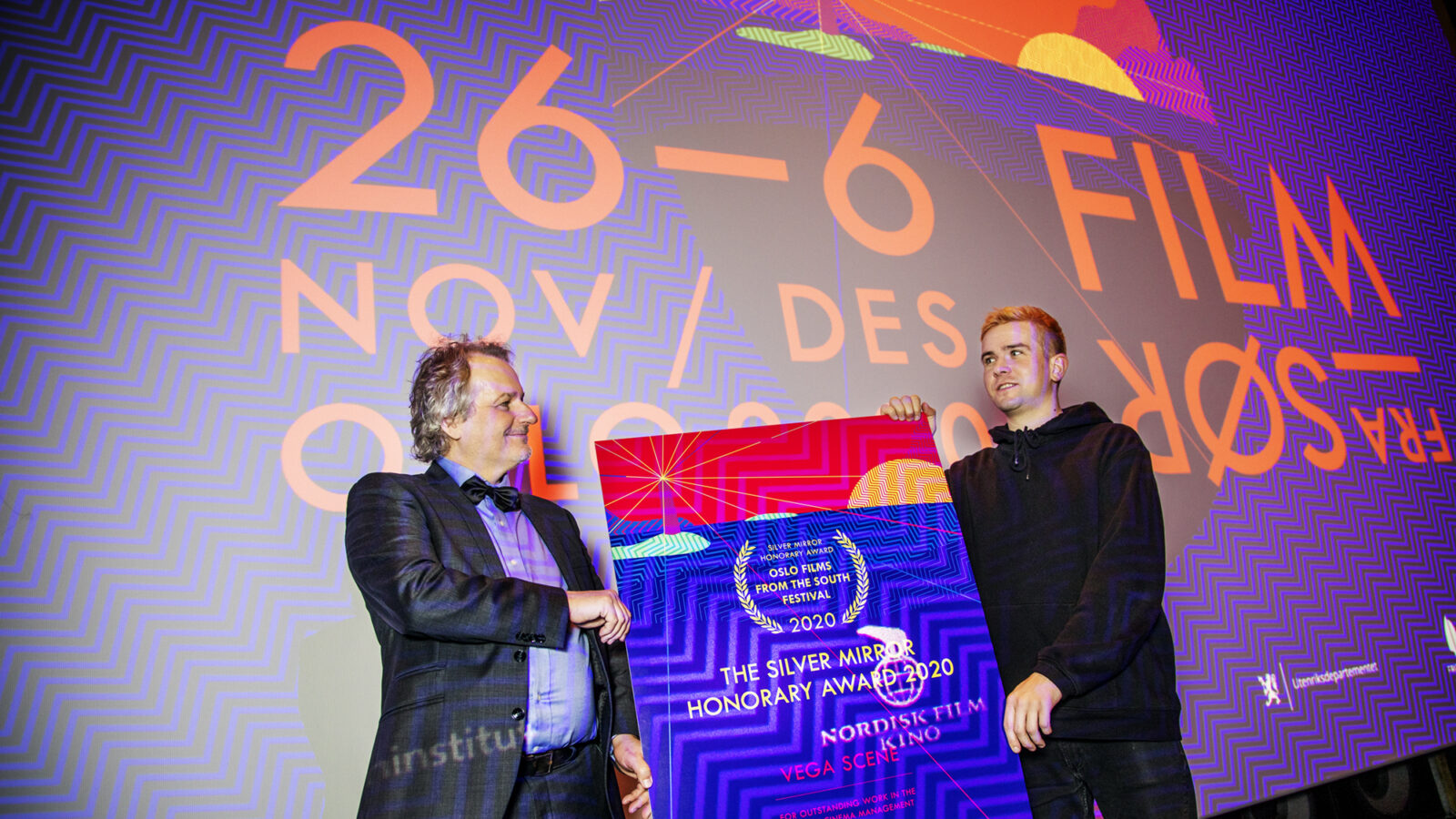 Tonight, we pay tribute to three of the high priests of the dark of the cinema: Christin Berg, Jan Langlo, and Truls Foss. As «priests», it is their job to believe; believe in the experience, and in the singularity of the cinema. That can be a difficult job during this pandemic, where their temples are closed to the public. But they remain strong in their faith. In order to support and strengthen this faith, we have chosen to give a very special honorary award to the Cinema as an institution, exemplified by those three Programme Directors, on the occasion of the 30th anniversary of Films From the South.

The Silver Mirror Honorary Award 2020 goes to Nordisk Film Kino, Cinemateket i Oslo and Vega Scene for their outstanding work in the field of cinema management.