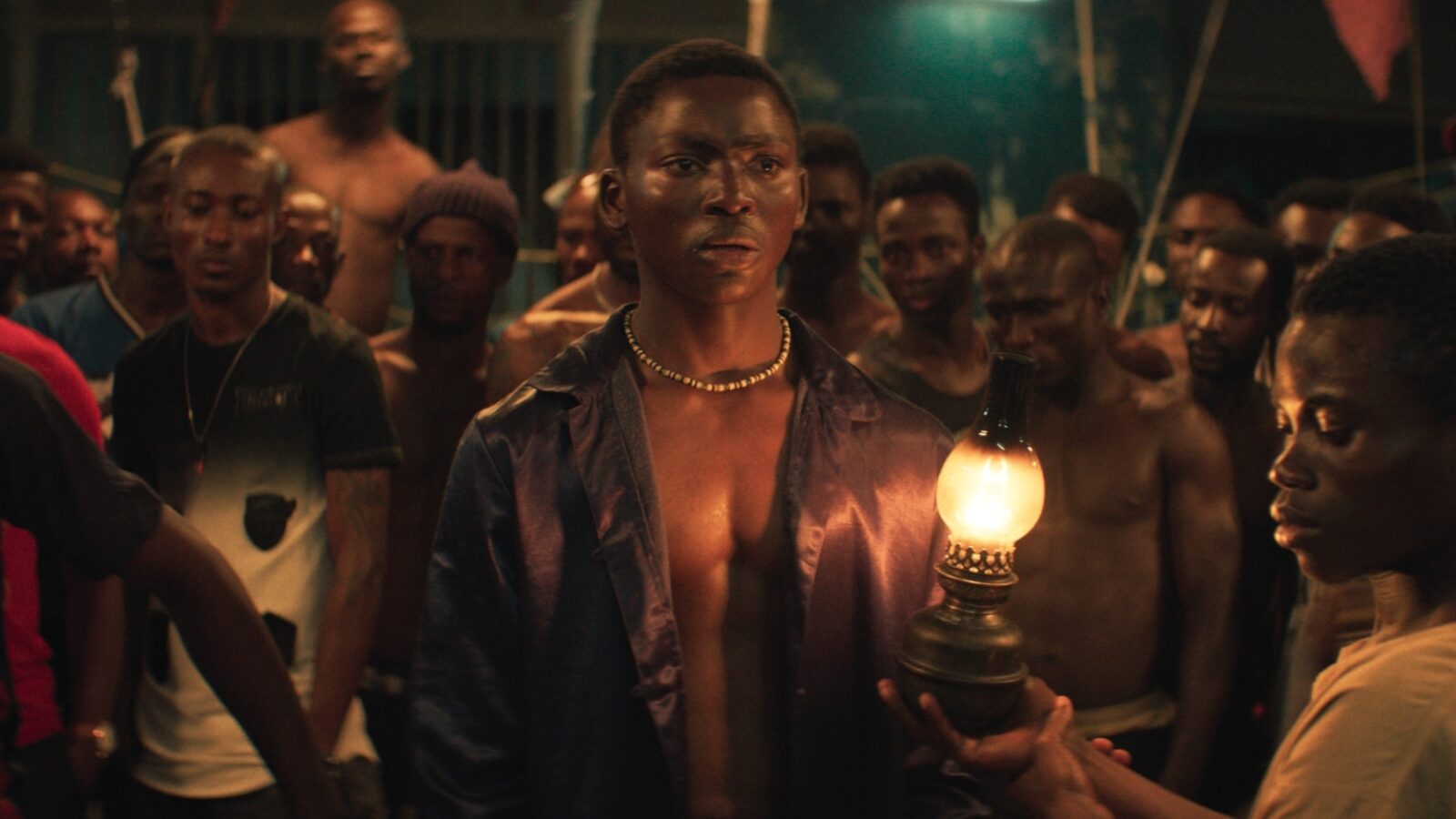 Night of the Kings

A young man (Bakary Koné) is sent to the remote prison La MACA, deep in the forests of the Ivory Coast. Here, the prisoners rule. Their leader Blackbeard singles the newcomer out as the prison’s new Roman, their storyteller, who on the first red moon must tell a story to last throughout the night or suffer the consequences. Roman tells the story of young gang leader Zama King, and charts a journey through the Ivory Coast’s history and mythology. At the same time, a plot is laid to overthrow Blackbeard and wrest control of the prison.

Night of the Kings is a film just as much about storytelling as it is telling a story. Its melange of fable, history, allegory and myth fluidly moves through power struggles, deceit and the dark side of the human soul – contemplating the fantasies we surround ourselves with, and how these fantasies manipulate us.

The film showcases an ensemble cast full of interesting performances. French actor Denis Lavant makes a surprise appearance as an eccentric old man with a chicken on his shoulder, Steve Tientcheu delivers a refreshingly subtle, emotional performance of the imposing prison lord Blackbeard, and Bakary Koné is enthralling as the film’s young star, whose solemn eyes guide us through the night.

Philippe Lacôte (b. 1969) is a filmmaker from Ivory Coast, who started out in media as a radio reporter. This journalistic work can be seen to inform the contents of his films, as they often relate the recent political shifts of Ivory Coast, and the violence that pervades in the country. His second feature Night of the Kings won the Amplify Voices Award at the 2020 Toronto International Film Festival and is Ivory Coast’s submission for the Best International Feature Film category at the 93rd Academy Awards in 2021.