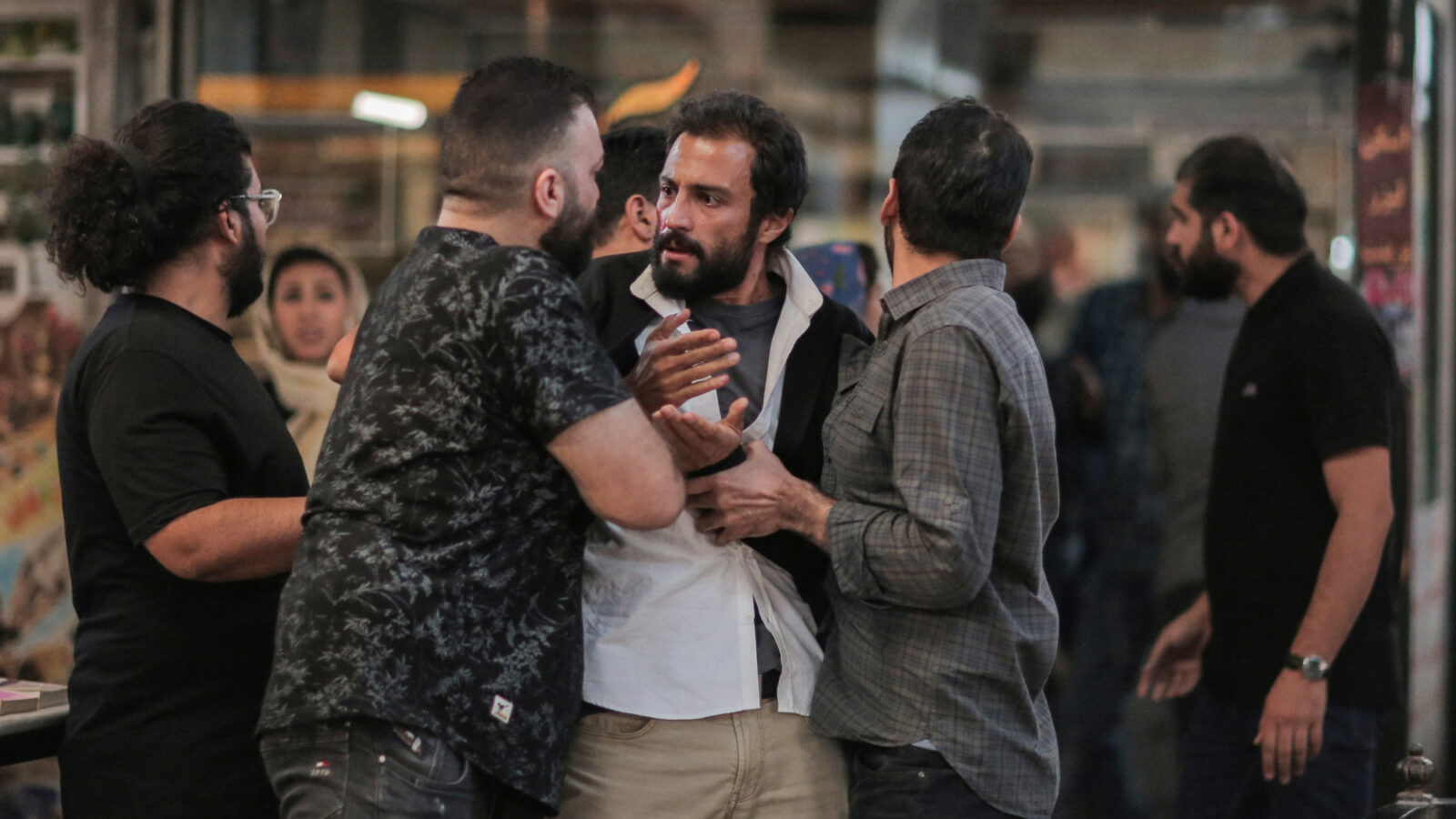 And the winners are...

This year's festival award winners have been announced! Read all about it here.

After a busy week of film screenings for audiences and jury members alike, we can finally reveal the festival award winners! These were announced at the Awards Ceremony on Thursday evening at Vega Scene. Didn’t get a chance to watch the award-winning films yet? Don’t worry, we’re putting on extra screenings of these films during the final festival weekend. We’d also like to remind you that you can vote for the Audience Award up until noon on Sunday the 21st of November, and every film on the festival program is nominated.

Films From the South wish to thank all of this year’s jury members for their work.

The Silver Mirror Award is the main award at Films From the South. It consists of 25.000 NOK and is awarded to the best film out of the 11 nominees in the Main Competition. The Award is given by the Oslo Festival Agency, and the prize money is awarded to the film's Norwegian distributor who releases the film in Norwegian cinemas.

The jury members for the Silver Mirror Award 2021 have been Iram Haq, Jens Lien, and Gudny Hummelvoll.

The jury have chosen to give an Honourable Mention to the film Better Days (Hong Kong 2019), directed by Derek Tsang.

THE WINNER OF THE SILVER MIRROR AWARD 2021

The winner of the Silver Mirror Award 2021 is A Hero (Iran 2021), directed by Asghar Farhadi. The jury made the following statement about their pick:

A HERO is a captivating and unpredictable film about vanity and hypocrisy. The film draws us into Iranian social structures and offers an ironic perspective on the common man's relationship with what’s good in the world.

Seemingly small lies can have grave consequences. Particularly in a society where the struggle for how we wish to be represented trumps the truth. The film is highly relevant with its commentary on the times in which we live in relation to celebrity culture and the media. Director Asghar Farhadi’s precise direction elevates this unpredictable and intricate story and provides all the characters with recognizable human qualities.

The jury would also like to draw attention to the protagonist, Rashim, played by Amir Jadidi, who seduces and captivates us with his gentle, ambivalent presence.

The Doc:South Award goes to the best out of ten films in our documentary competition. The prize is awarded to the director of the winning film, and is given by the Oslo Festival Agency.

The documentary jury wished to give an Honourable Mention to The Last Forest (Brazil 2021), directed by Luiz Bolognesi.

WINNER OF THE DOC:SOUTH AWARD 2021

The winner of the DOC:SOUTH Award 2021 is Writing With Fire (India, 2021), directed by Sushmit Ghosh and Rintu Thomas and co-produced by Sant & Usant.

When we started writing the jury statement for this year's winning film, which we felt in both head and heart, we began writing down keywords. The words that kept reappearing were: Hope, integrity, and great courage. The main characters of the film invited us to witness the fight against ancient social structures, oppression of women, and corruption. The filmmakers do this with warmth, humor, and a deeply felt seriousness, which provides an incredible drive and an inviting rhythm that lets us be close to the characters as they grow.

The film provides insight into how class societies work and strongly challenges the established structures, which leaves us with great respect for the fearless women and hopes that their groundbreaking journalistic work can make real changes.

New Voices is our competition for first- and second-time film directors, and the award goes to the best out of 11 films. The prize is awarded to the director of the winning film by the Oslo Festival Agency.

The members of the New Voices jury 2021 were Ingrid Rommetveit, Cornelius Steinkjer, and Jon Selås.

The New Voices jury also wished to give an Honourable Mention, and it went to The Gravedigger's Wife (Somalia 2021), directed by Khadar Ahmed.

THE WINNER OF THE NEW VOICES AWARD 2021

The winner of the New Voices Award 2021 is the Costa Rican film Clara Sola, directed by Nathalie Álvarez Mesén.

This year’s best film in the category New Voices is a work of Latin-American magical realism. The symbolism is strong, but nevertheless modest and downplayed. It’s a film of sensible sensualism, combined with mysticism and everyday folkloristic religious pracsis. The strong urge to religious exploitation from the local society and the main character's closest family is met with the purity only a clean soul can produce, exemplified by how she communicates with animals and nature.

A fantastic main character in truly believable surroundings tells a complex story with apparent simplicity, skillfully mastered by an ever observant camera. This is a film that challenges, enriches and teaches us – as only very good films do.

Films From the South and Oslo Festival Agency extend their congratulations to all the winners!