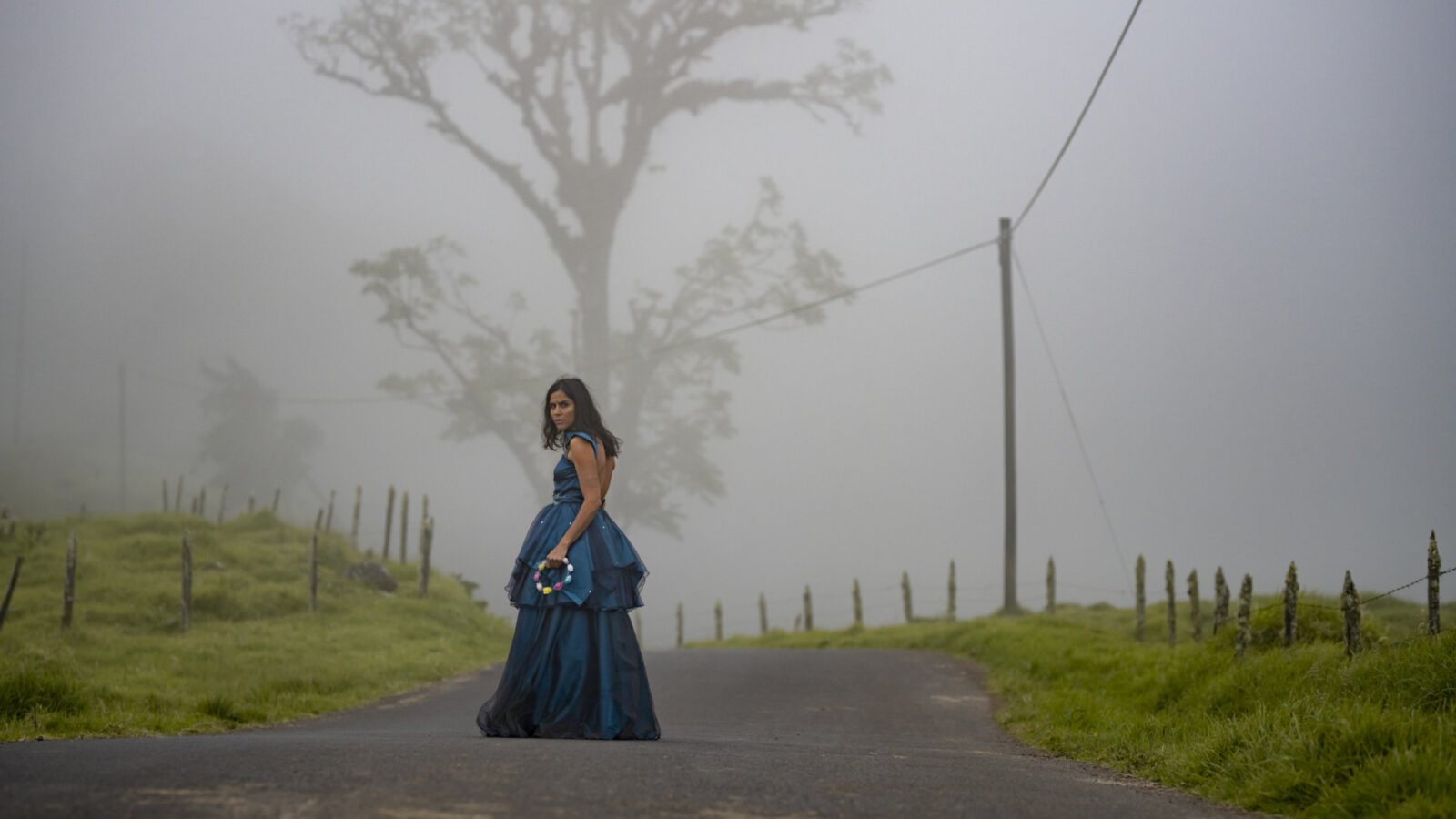 40-year-old virgin Clara lives in picturesque surroundings in a Costa Rican mountain village, with her overprotective mother and a niece. On account of her distinctive manner and her allegedly healing hands, the local community see Clara as an incarnation of the Blessed Virgin. Thanks to enthusiastic marketing from her mother, more and more people come to visit them hoping for help and blessings. When this enforced existence finally collides with a sexual awakening and yearning for independence and freedom, Clara begins to fight a battle for her own liberation.

Debut feature director Nathalie Álvarez Mesén uses magical realism and natural mysticism to draw her portrait of a woman struggling to be free of her extremely controlling mother. This is done by way of atmosphere and dramaturgy which tingle with the strong, unfulfilled powers of the protagonist. First-time actor Wendy Chinchilla Araya delivers an electrifying interpretation of Clara, completing a grippingly beautiful cinematic whole.

Clara Sola had its world premiere as part of the Director’s Fortnight at Cannes, to rave reviews.

Nathalie Álvarez Mesén is a Swedish-Costa Rican director. She originally worked with physical theatre and earned her Master's Degree in Mime Acting from the University of Stockholm. Álvarez Mesén has made several short films, including not Blue (2011). Clara Sola (2021) is her first feature-length film.