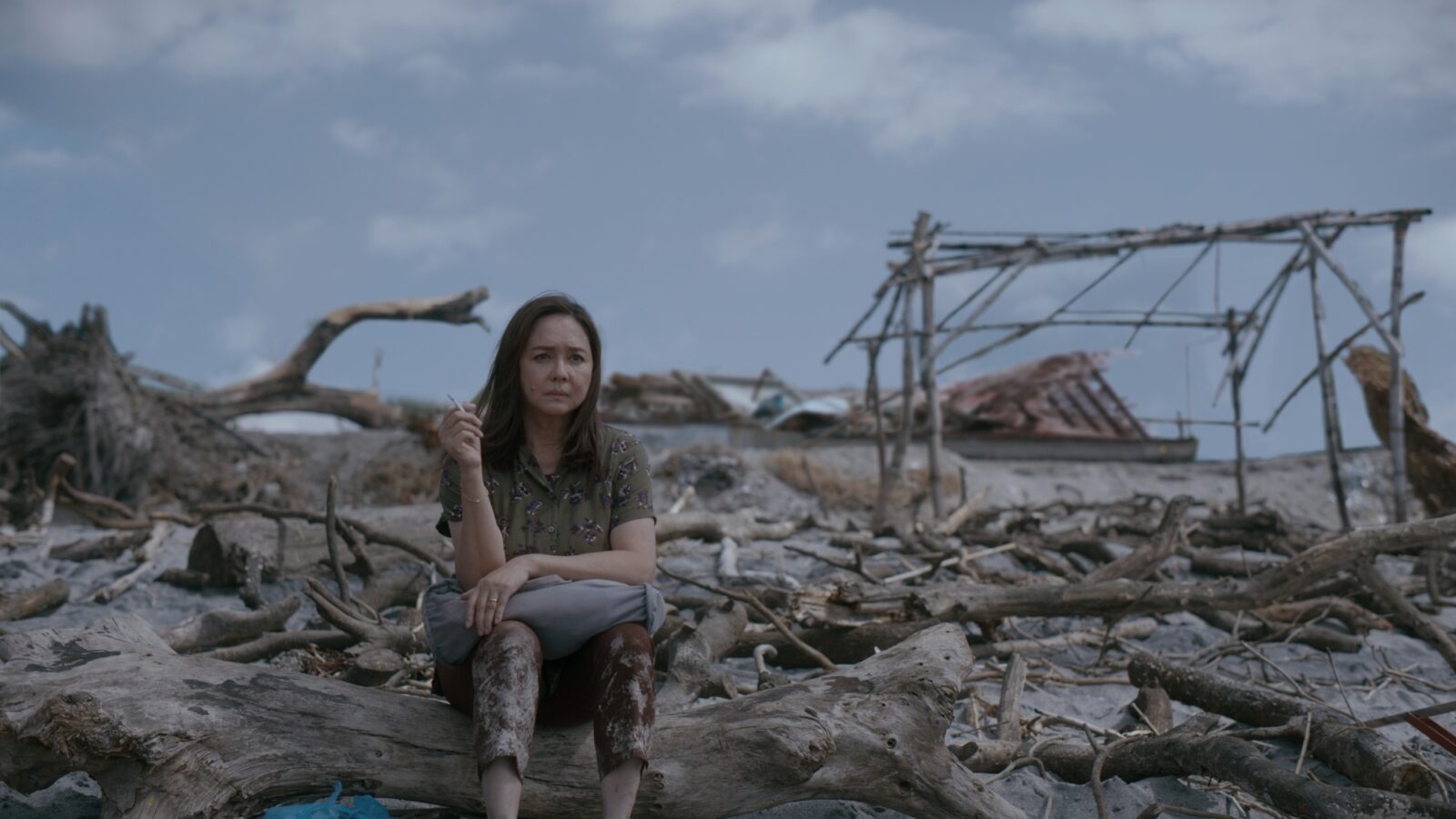 In 2013, a hurricane hit the hometown of director Carlo Francisco Manatad; Tacloban in the Philippines. Manatad has used this event as inspiration for a magic-realist tale filled with warmth and dark humour from the ruins of the city. We follow three survivors – Miguel, his girlfriend Andrea and his mother Norma – as they search for missing family members and try to get on the rescue ship to Manila.

A project like this could easily have become a brutally realistic portrayal of the consequences of the destructive forces of nature, but Manatad has chosen to treat the topic with a cinematik playfulness and humour. However, he does not shy away from the gravity of the situation or treat it lightly. The seriousness is repeatedly mixed in with small nuggets of surrealism, which helps make the film both engaging and unique.

As well as having fantastic cinematography and production design, this film is elevated by inspired acting performances – and the biggest star is, without a doubt, Charo Santos-Concio in the role of Norma, Miguel's mother. Whether the Weather is Fine has done a successful tour of international film festivals, including Locarno and Toronto.

Carlo Francisco Manatad (f. 1987) is a filmmaker and editor from the Philippines. His films has screened at several well-known film festivals, such as Locarno, Toronto, Clermont-Ferrand, Busan and Cannes. Whether the Weather is Fine is Manatad's first feature film.