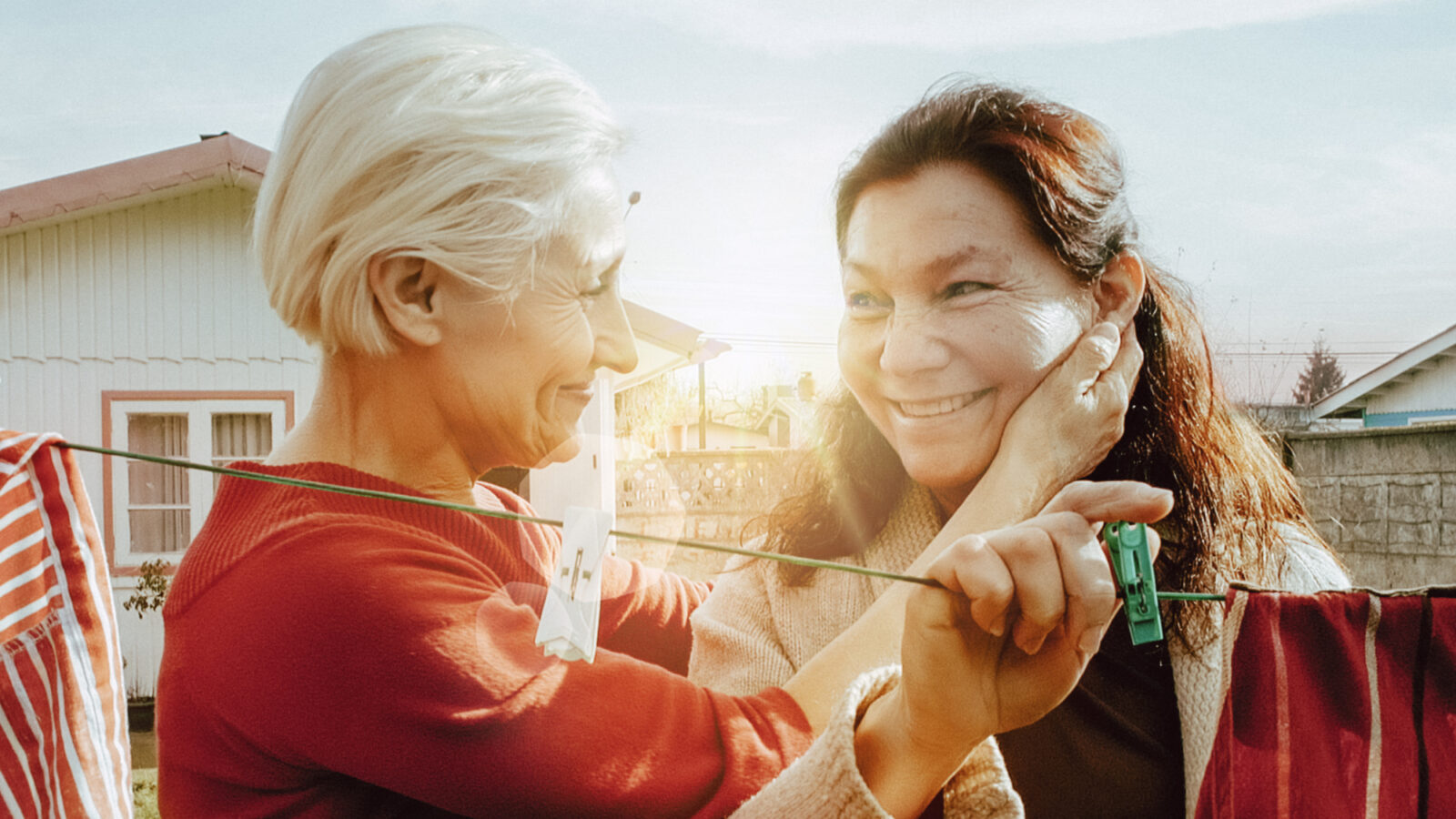 At 70, Claudina (Rosa Ramírez) suddenly loses her husband. She’s not sure if she loved him romantically, but he was a good and trusted companion through a long life together.

Claudina is forced to move from the farm the couple ran together, and goes to live with her daughter; their relationship is already somewhat tense. At such a mature age, these life changes are a dramatic shift for Claudina and the existential vacuum threatens to swallow her whole. Redemption comes in the form of her daughter’s neighbour Elsa, a charismatic and exciting lady around Claudina’s age. Elsa is married, but pretty independent. She invites the new widow into a new and more daring existence, and entirely new doors are opening up to Claudina. In a Catholic village in Latin America, that’s not necessarily unproblematic.

Forgotten Roads is a lyrical and life-affirming story about rediscovering yourself late in life, and wanting more. It is an exciting introduction to a fresh directorial career for a young woman director. Visually sleek with bright colours and strobelights at pink lgbtq bars, the film allows its protagonist to grow in her own image day by day – until finally taking the plunge, on her own terms. This is a delightful film that everyone should watch.

«Ramírez is superb in the lead, revealing a natural sensuality that we rarely get to see in older actresses yet never allowing us to doubt the strength that lies behind it.» – Eye For Film

Nicol Ruiz Benavides (f. 1988) is from Santiago in Chile, where she studied film at the Unviersidad Mayor. Forgotten Roads (2020) is her directorial debut. She is currently working on her next film, When The Rain Does Not Touch Me.