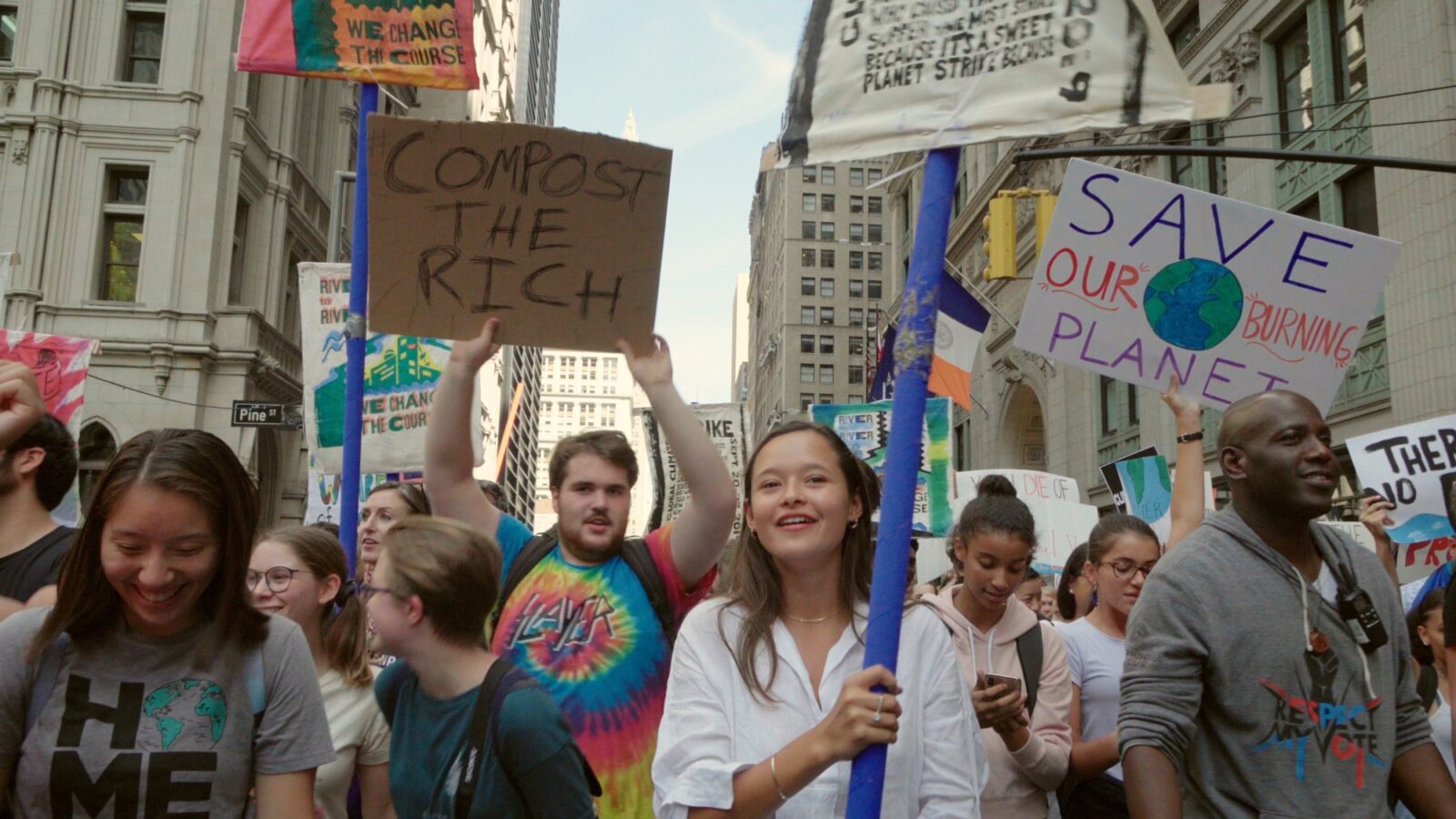 This brand new documentary tells the tale of seven young activists from seven different parts of the world; from Rio de Janeiro to Jakarta. These seven individuals represent a whole generation of young activists who fight tirelessly and determinedly for causes such as human rights and the climate crisis, the right to an education and access to food.

One person connects the different parts of the tale: Indonesian activist Melati Wijsen (b. 2001), who channels her energy into the fight against plastic pollution. She meets with the other six activists on her journeys, and through her we also get an insight into their respective battles for social change and revolution. These remarkable young people already have impressive merit lists of achievements. Their perseverance is testimony of a dedication to something much larger than themselves, and we can see how they in turn get strength and motivation from the knowledge that they are part of something bigger. This way, they can confidently face the future.

Following the screening of Bigger Than Us on the 19th of November at Vega Scene, we invite you to a panel talk which will be hosted by Haakon Gjerløw, Senior Researcher at the The Peace Research Institute Oslo (PRIO). Joining him are Tina Razafimandimby Våje (involuntary climate activist), Victoria Steen Hansen (Amnesty International activist), enr Ninthu Paramalingam (The Norwegian Solidarity Committee for Latin America – LAG). They will give us a look into the world of young Norwegian activists. We will get to learn more about their respective passion projects and dedication to the cause(s), what their work and everyday lives are like, and how the work affects them. Questions from the audience welcome at the end of the session.