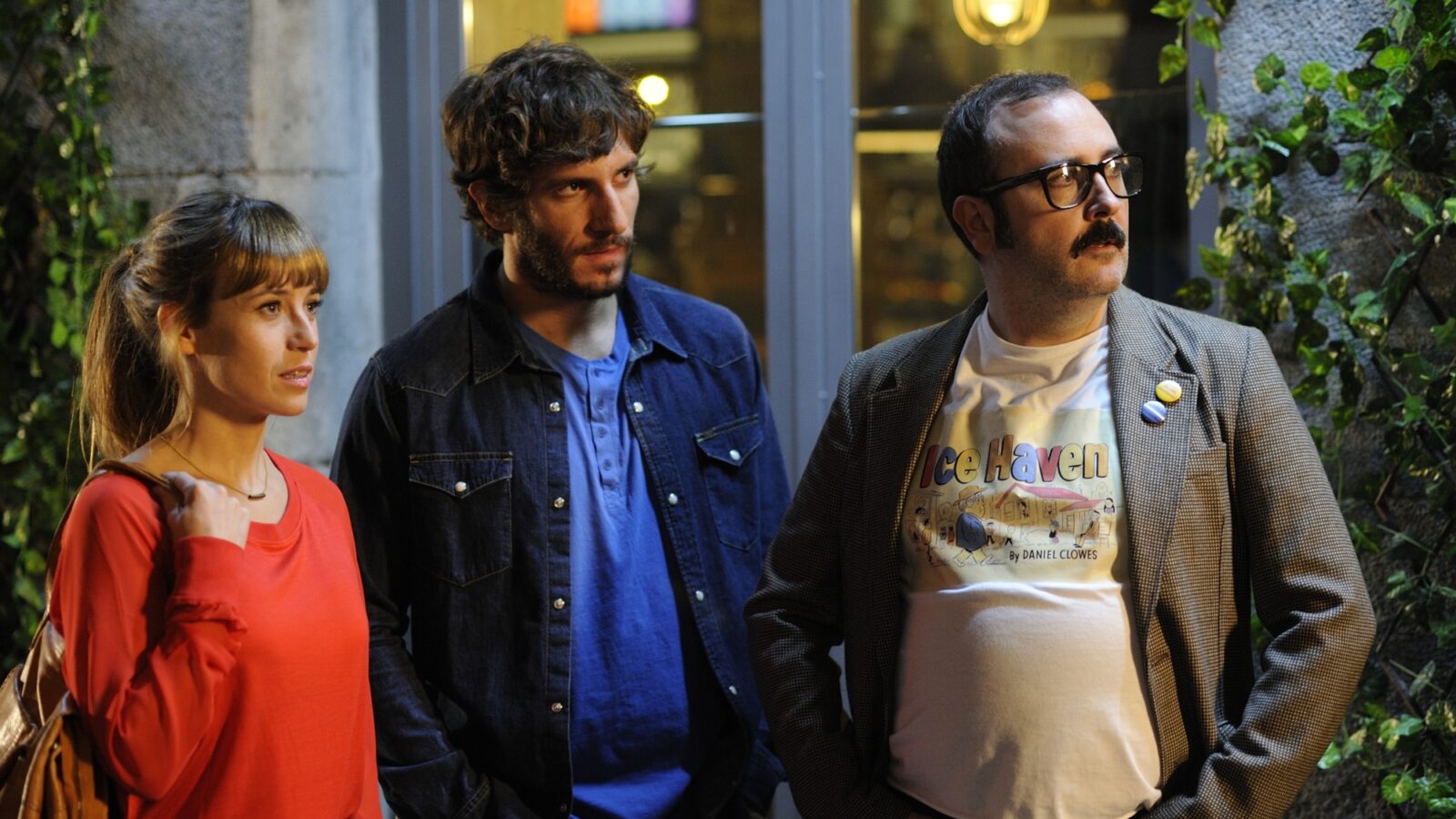 This is a somewhat different romantic comedy, set in two parallel universes. We meet the screenwriter Pablo (Ernesto Alterio), living in Buenos Aires, who has been hired by a friend to write a new romantic comedy. The story about a young couple named Marina (Marta Etura) and Victor (Quim Gutiérrez) who falls hopelessly in love with each other in Madrid starts to unfold visually on the screen, as Pablo writes his manuscript. The contrast between the wonderful love of Pablo’s fiction and the painful love of his own life manifests itself quickly. As Pablo falls deeper into the story he’s writing, he finds it hard to separate the two worlds from each other.

This is a film about meetings between dreamers and realists, between those who dare and those who hold back. Alejo Flah’s long feature debut shows us how real life is far from what we often experience in the movies, but also why we love to immerse ourselves in these fictions. We also experience how fiction and reality intertwines. This meta-film, which takes place in two different cities on two different continents, gets even more complicated when the same character appear in both stories, an artistic choice that wipes out the boundaries between fantasy and reality.

This is a story about the art of writing genre films, how these films are built on known conventions that have to be recognizable to its audience, but innovative at the same time. Mixing static and dynamic elements continues to give the genre life, something Flah has managed to do with this romantic comedy.

Alejo Flah is an Argentinean director and writer involved in both TV-series and films. He has written the film Séptimo (2013), directed by Patxi Amezcua that competed in the Knight Competition during Miami’s International Film Festival in 2014. Easy Sex, Sad Movies is his feature film directorial debut.