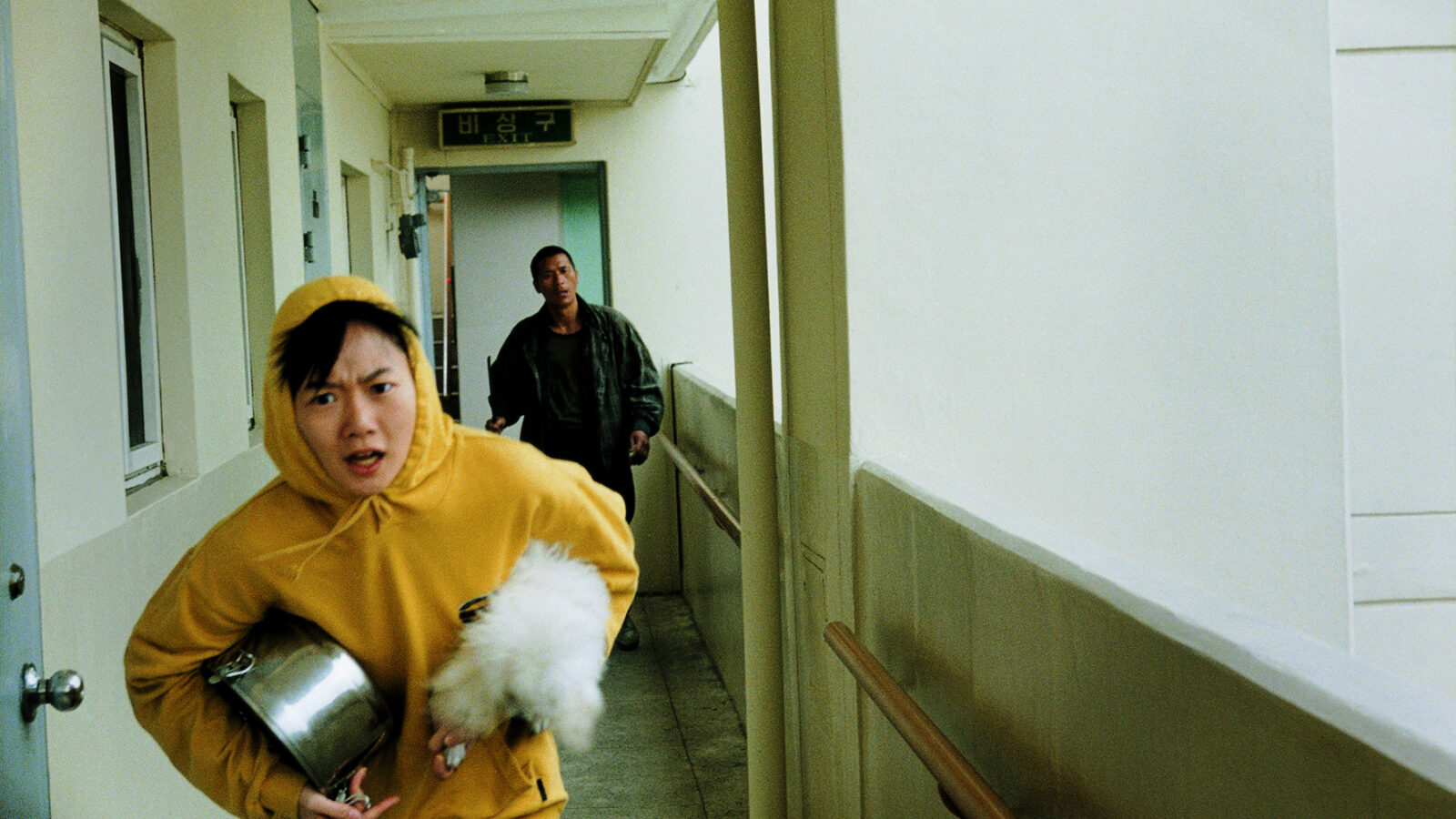 An indolent university lecturer living off his pregnant wife’s salary sits at home, idly wondering how to rustle up the bribe that will buy him a professorship. But the constant yapping of a small dog somewhere in the apartment building drives him crazy; he prowls the corridors with murder in his eyes…

Through the interwoven stories of the lecturer, his wife, the pet loving girl from the neighbourhood office, and the janitor with a taste for dog stew, Bong builds a microcosm of Korean society which feels so believable it seems rash to call it satire. Beneath the mix of daily routines, ghost stories, deluded characters and pet rescues lurks a social analysis as savage as anything by Pasolini.