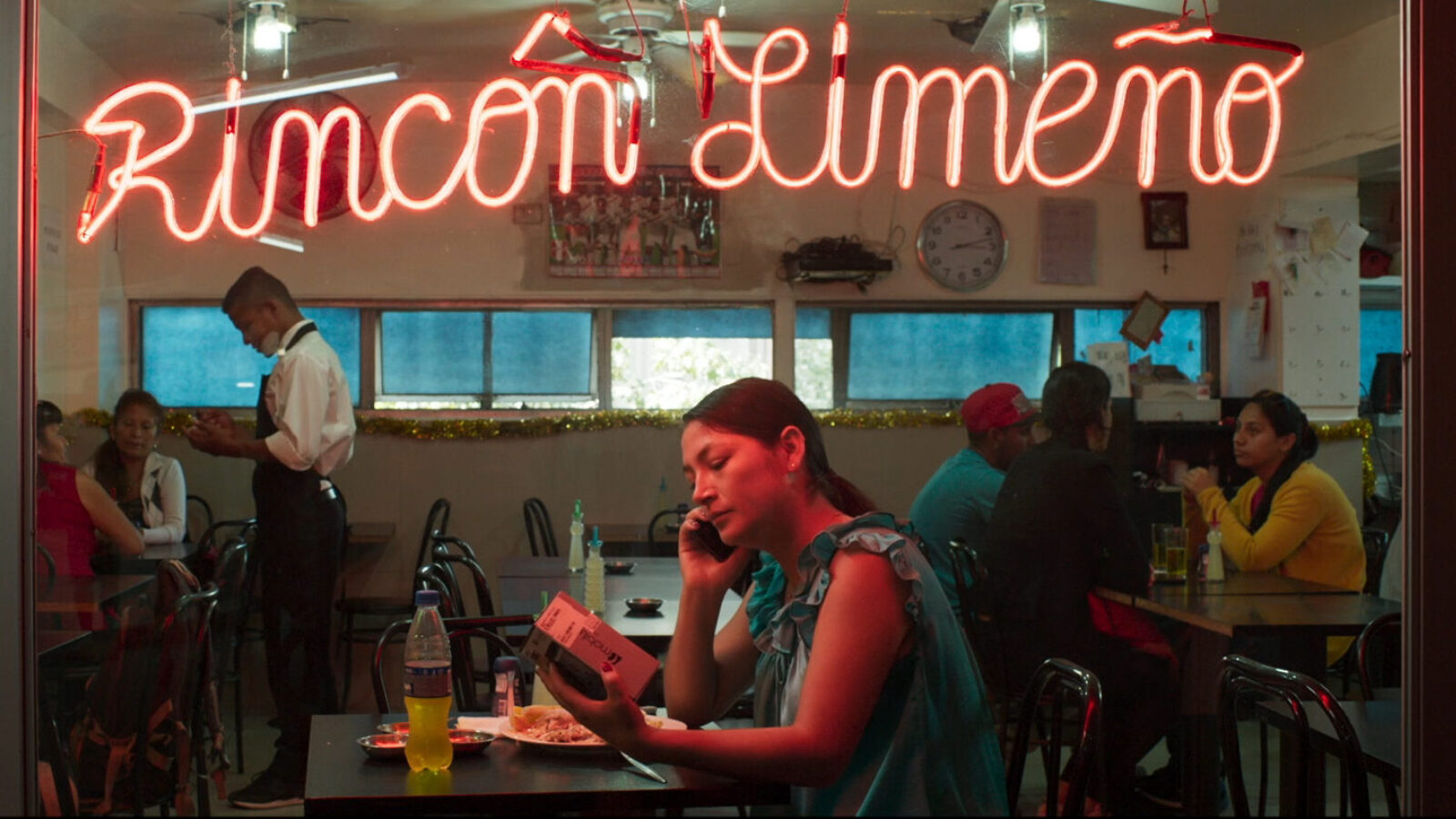 For many years, Lina has been working as a maid for a wealthy family in Santiago, Chile. She sends her money to her family back in Lima, Peru, including her teenage son Junior. Lina loves Junior very much, and is suffering from not being a part of his everyday life. Her exile which is forced upon her by financial circumstances, is familiar to many women around the world. When Christmas is getting close and Lina is planning her traditional visit home, a situation occurs which forces her to stay at her workplace. With the owners of the house gone, Lina is all alone for Christmas – apart from a couple of handymen, who stop by and add some passion and humour to Lina’s lonely existence.

Her deep longing for her loved ones is eating away at Lina, and she has to try to bring some colour and vibrancy into her life. Magaly Solier, previously seen in The Milk of Sorrow (2009), is brilliant as Lina. This film tells a story which is shared by labour migrants across the world, and fills it with warmth, humour, and strikingly colourful musical numbers.

María Paz González was born in Temuco, Chile. She studied journalism at the University of Chile, documentary writing at the Catholic University of Chile, and filmmaking at Escuela Internacional de Cine y Televisión in Cuba. She has directed the documentaries Antes que todo (2005) and Hija (2011). Her first feature film Lina From Lima premiered at Toronto International Film Festival last year.