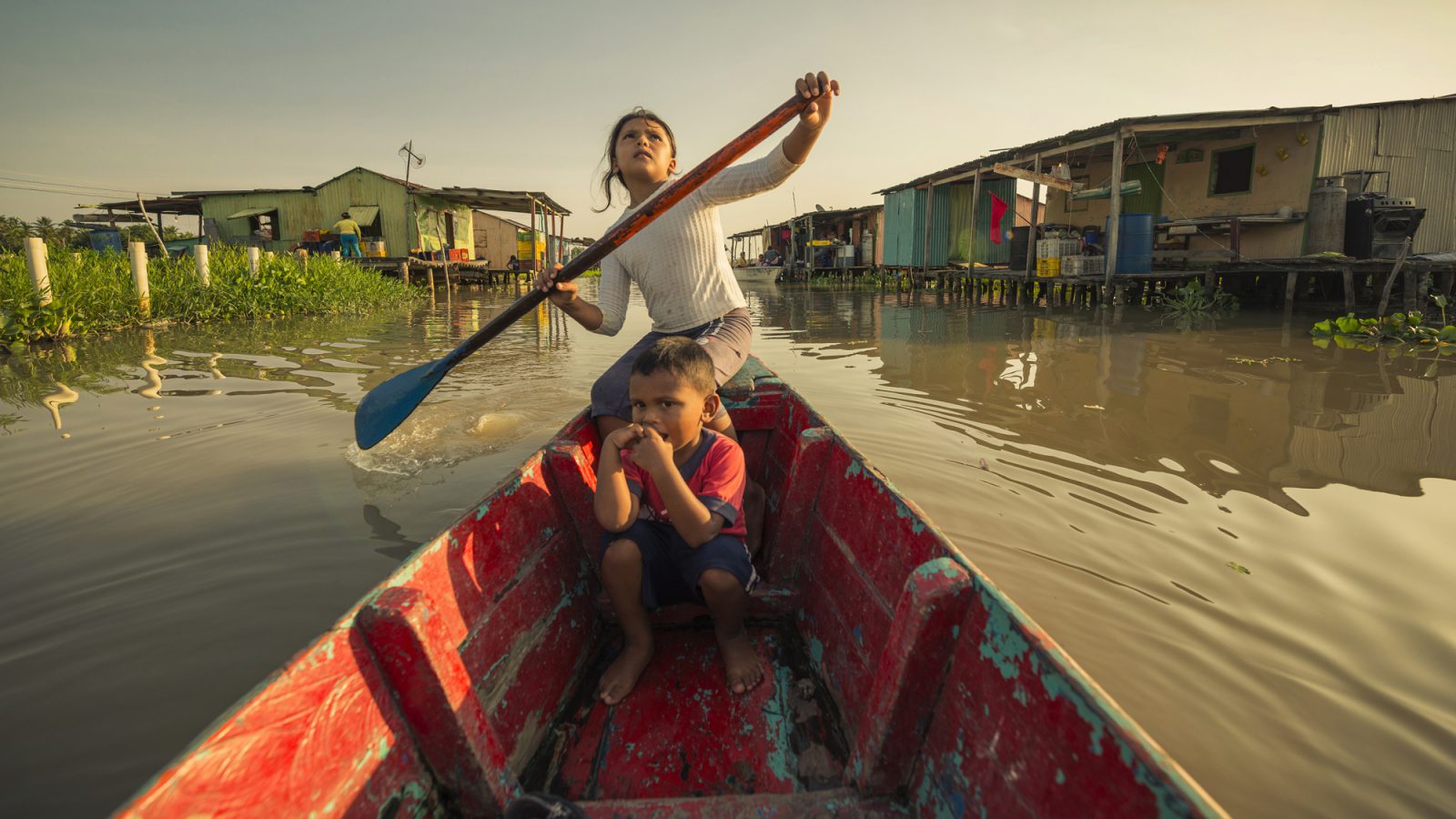 In the village of Congo Morador in Venezuela, life slowly flows by. The houses are built on stilts, cars and bicycles have been replaced by boats, and the villagers float in the water or swing in hammocks on the large terraces. As in many other fishing villages in the world, the population is rapidly declining. Much is due to the accumulation of sediments from oil production that are dumped in the lagoon and creates major problems for the people who live there.

The film's two main characters stand on opposite sides of the political spectrum. On one side is Tamara. She is the village's representative of President Maduro's regime, and she is almost religiously concerned with Hugo Chávez. On the other side we find the village's pre-school teacher Natalie. She is an outspoken anti-socialist and fed up with humiliating visits of inspectors from the central government who complain about everything she does. The tone between Tamara and Natalie is harsh and gives a clear indication of how polarized the political scene in Venezuela is. Is the village and the changes it is going through one large metaphor of the general situation in Venezuela – corrupt, polluted, and with a population that is diminishing with each passing day?

Anabel Rodríguez Ríos holds a MA in filmmaking from the London Film School. Her debut feature was Growing in Oil. Once Upon a Time in Venezuela premiered at the Film Festival in Sundance where it received great reviews. She recently finished The Barrel, a short documentary which screened at HotDocs.