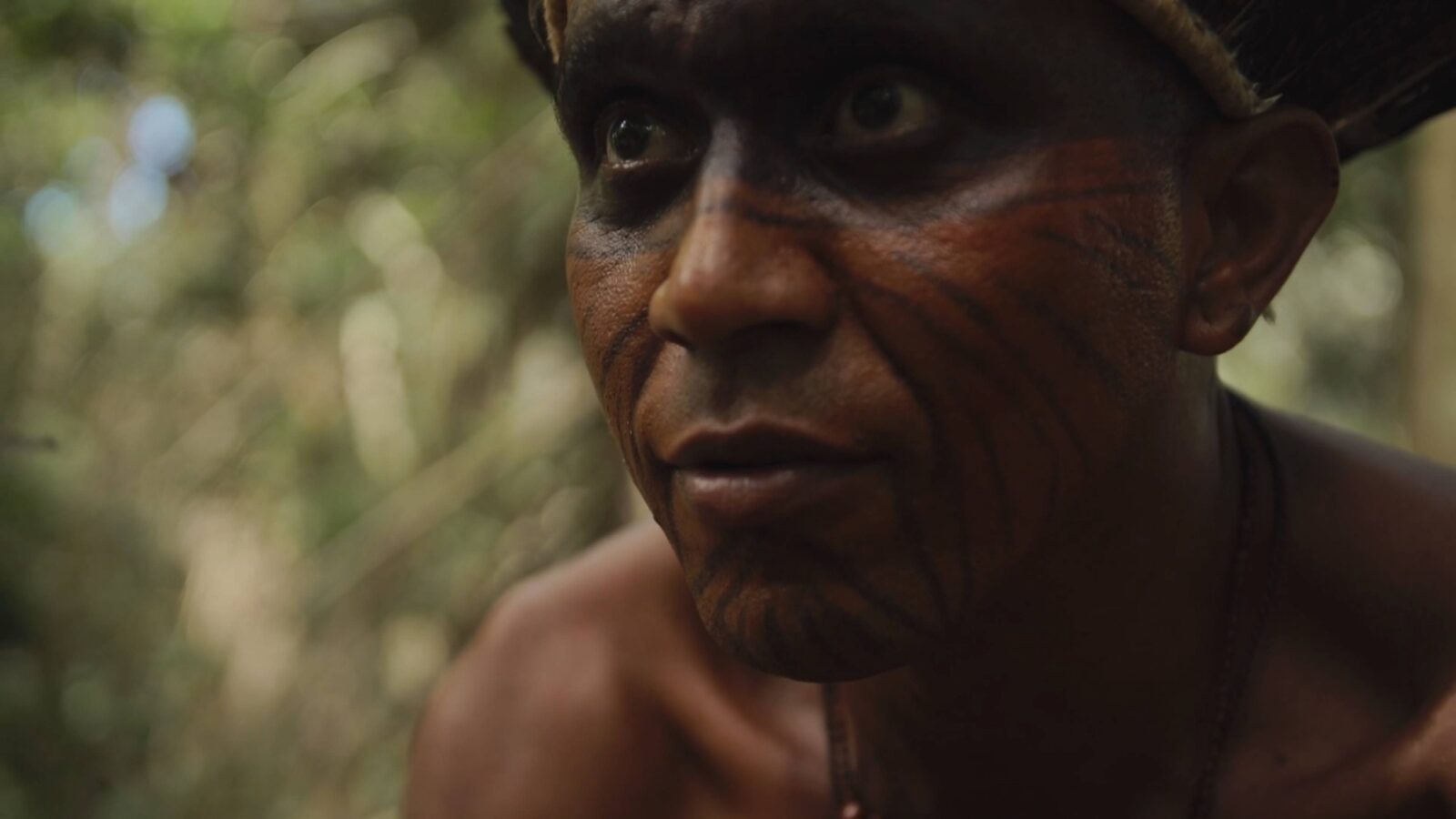 On the east coast of Brazil, in southern Bahia, there was once a forest with a greater species diversity than the Amazon. Over the last four decades, the landscape has changed drastically. As far as the eye can see, the eucalyptus is growing. Dense, high and uniform. The farmers who work nearby, and the indigenous people who have always lived in these areas, notice the changes on their bodies. Where has the groundwater gone? What has happened to the soil? Where it used to be full of life just below the surface the earth lies now lifeless.

The film's two main characters are representatives of the fight against capitalist exploitation of the natural resources in the area. At the age of 63, farmer Etevaldo finally got a plot of land where he could run small-scale farming. He got it from the Landless Movement which is fighting a tough battle for land reform in Brazil. The indigenous leader Rodrigo, from the Pataxó people, belongs to one og the indigenous tribes from the area that were almost wiped out when the Portuguese "discovered" Brazil. Today they are fighting to get their historical and traditional areas recognized. Neither the peasants nor the indigenous peoples have the odds on their side against the enormous capitalist enterprises, but they refuse to give up.

Mata is a highly timely documentary about the loss of biodiversity and the united struggle of the indigenous peoples and farmers to be able to live off the land in the same way as their ancestors have done for hundreds of years.

Directors Ingrid Fadnes and Fábio Nascimento will introduce Mata by video.
With the rental of the film, you will get access to a pre-recorded talk in English about planted forests on indigenous soil, between Ingrid Fadnes and Pauliina Feodoroff, film director and former Chair of the Sámi Council.
You will also get access to a conversation in Norwegian about Norwegian connections with eucalyptus plantations in Brazil, between Ingrid Fadnes, Håvard Søndenå and Vilde Gjerde Lie from The Norwegian Solidarity Committee for Latin America.

Ingrid Fadnes is a journalist, researcher and translator. She writes, makes radio documentaries and films. Between 2005 and 2017, she lived in Mexico, Central America and Brazil, where she worked with farmers 'and indigenous peoples' organizations. "MATA" is her first film. Fábio Nascimento is a Brazilian documentary photographer, filmmaker and composer. He works for, among others, National Geographic, Greenpeace, MSF, and The New York Times. "MATA" is his third film.

How to Steal a Country