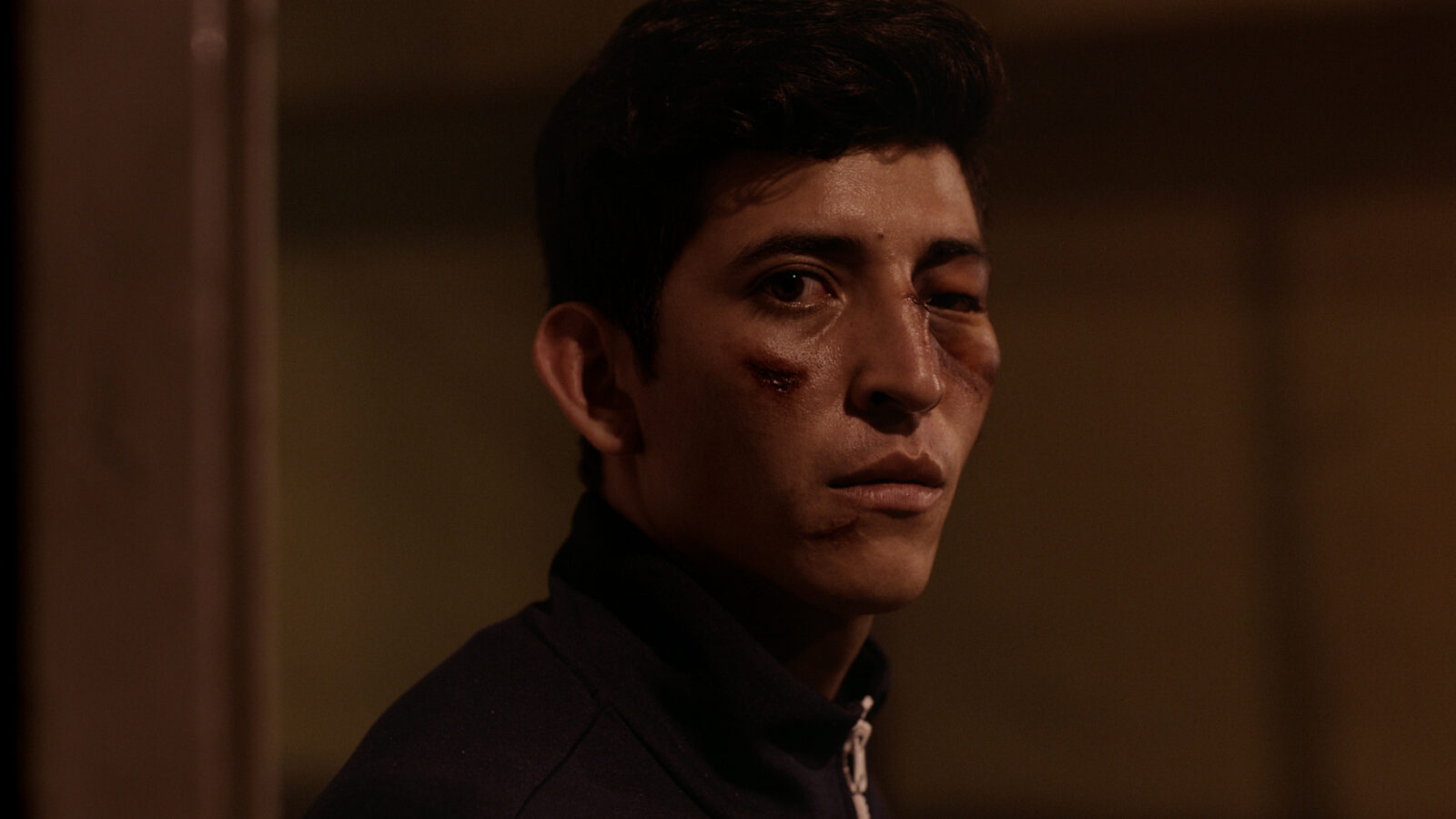 Guatemala City. Koki is a beautiful young man, trapped in the relentless grip of the city. He makes a living by winning the trust of people as a tourist guide, while the brutal boxer and hotel owner Carlos organises the theft of their possessions. In the nighttime he seduces older men and brings them to Carlos’ hotel.

One day, one of Koki's victims takes revenge. Koki is badly beaten, and by the time he recovers, Carlos has replaced him with another young seducer. Koki becomes an observer of his own life, seeing with new eyes the violent nature of his former existence.

The Ghosts is a brutal but beautiful film, where form and content work together beautifully. With a singular visual expression, Sebastián Lojo's debut film conveys great emotions by means of a low-key dialogue and confident cinematography. The interaction and disruption between Koki and Carlos comment of the lack of communication and opportunities for the working class in Guatemala City. All the while, the city's alienation lies like a thick fog across the narrative.

Sebastián Lojo is a filmmaker and cinematographer who graduated from the London Film School in 2017. The Ghosts is his feature film debut as both a director and screenwriter.