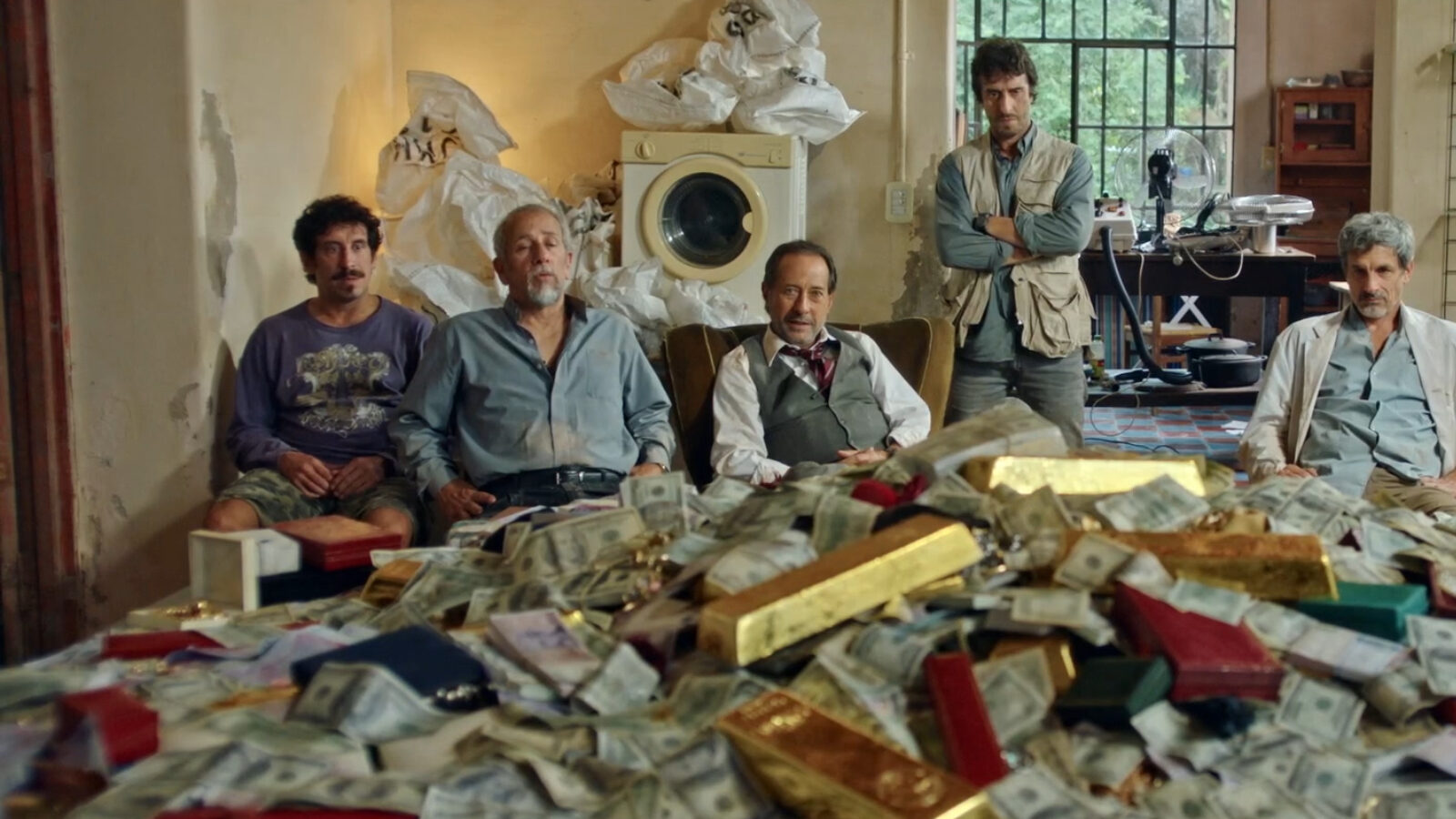 Imagine the antithesis of the suave team from Ocean's Eleven, and you’re getting close to the motley assembly planning The Big Coup. At the core of the breezy gang of robbers are Luis (Guillermo Francella) and Fernando (Diego Perreti). The former is somewhat of a gentleman thief, with impeccable manners and a taste for beautiful suits. The latter is a daydreamer on a more or less constant marijuana high. Together they start planning a creative robbery that Robin Hood would approve of. The film is based on an actual robbery that took place in Buenos Aires in 2006.

If you appreciate movies like Brett Ratner's Tower Heist or our even the Norwegian Olsenbanden franchise, you'll definitely enjoy The Heist of the Century. Although this is a fun and light story, director Winograd manages to demonstrate that something is at stake for the actors in the robbery, and the film can undoubtedly be read as a comment on the increasingly dominant role of big banks in the economies of several South American countries.

Ariel Winograd (b. 1977) is the main director in Argentinian cinema when it comes to entertaining comedies. His film Sin hijos from 2015 was screened at the Film from the South Festival. In 2006 he had his first major film job as an intern on the set of Spike Lee’s Inside Man.