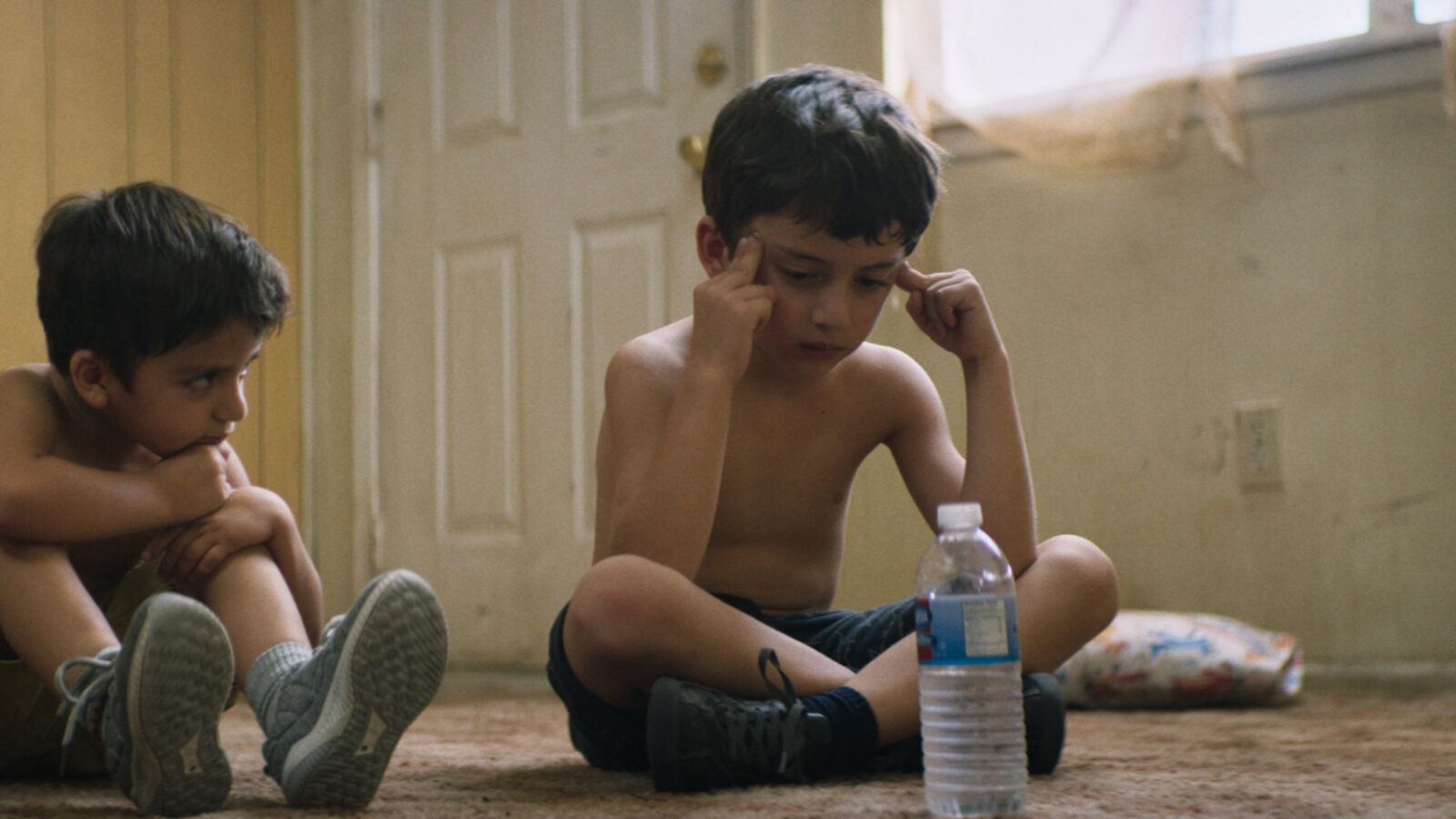 The Wolves is an impressive depiction of an immigrant family's experience of starting at the bottom in the United States, seen from the perspective of children. We follow a single mother, Lucía, in a new and challenging environment. She struggles to find a job, so that she can afford a place to live with her two children. Eight-year-old Max and five-year-old Leo spend most of their days alone in their messy studio apartment while daydreaming of going to Disneyland, a promise Lucia has made to motivate the boys in their new life situation. But the distance between Disney's dream world and Max and Leo's reality is vast and adds both tragedy and charm to the story.

The wolf pack of three adapts to their new lives while trying to preserve memories from home. The boys are well aware that the main rule while their mother is at work is not to leave the apartment. This rule is challenged when the Chinese landlord Chang develops a caring role towards the children, and when kids outside the windows tempt Max and Leo into potentially dangerous play. Through Max and Leo's imaginative and naive gaze, the power of children's imagination, as well as how it can help a family through tough times, is central to the film. The Wolves is definitely a movie worth catching on the big screen!

Read Kinomagasinet's review of The Wolves here (in Norwegian).

Samuel Kishi Leopo (b. 1984) is a Mexican director and film editor. He is a graduate of the University of Guadalajara in Mexico. Somos Mari Pepa (2013) was his first feature film. His second film Los Lobos won the Grand Prix of the International Jury in the Generation Kplus programme at the Berlin Film Festival earlier this year.