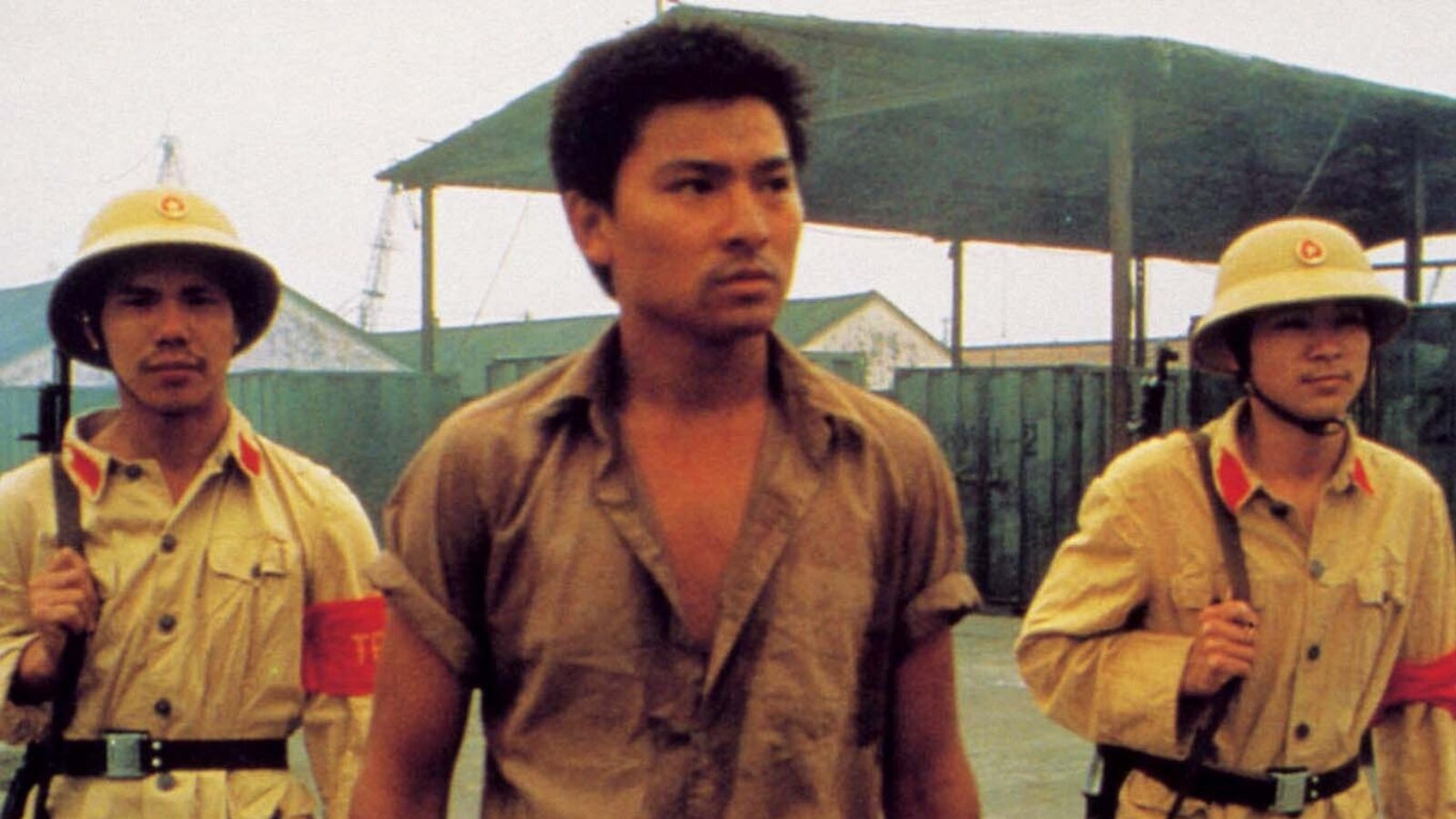 A key film of the Hong Kong New Wave, Ann Hui’s harrowing drama won multiple awards and is now recognized as a landmark of Hong Kong cinema. It tells the story of Japanese photojournalist Akutagawa (played by Hong Kong acting-singing star George Lam) who, in the course of a visit hosted by the Vietnamese government in 1982, uncovers poverty and terrifying political repression. Shedding his government minders, Akutagawa befriends Cam Nuong, young daughter in a poor family who struggle to survive under humiliating conditions. Future megastar Andy Lau plays a rebellious young man who leads Akutagawa to a camp for political prisoners.

With its implicit dystopian commentary on Hong Kongers’ fears for their own future, the film provoked both critical praise and censorship. It retains its power to shock today with its combination of searing violence, moral complexity, and humanist realism.

Ann Hui On-wah (b. 1947) was born in Anshan, Manchuria, to a Japanese mother and Chinese father, and moved to Hong Kong five years later. After studying in the UK, she started working in HK television, then became one of the founders of the Hong Kong New Wave. Since 1979 she has directed many of the greatest Hong Kong films.