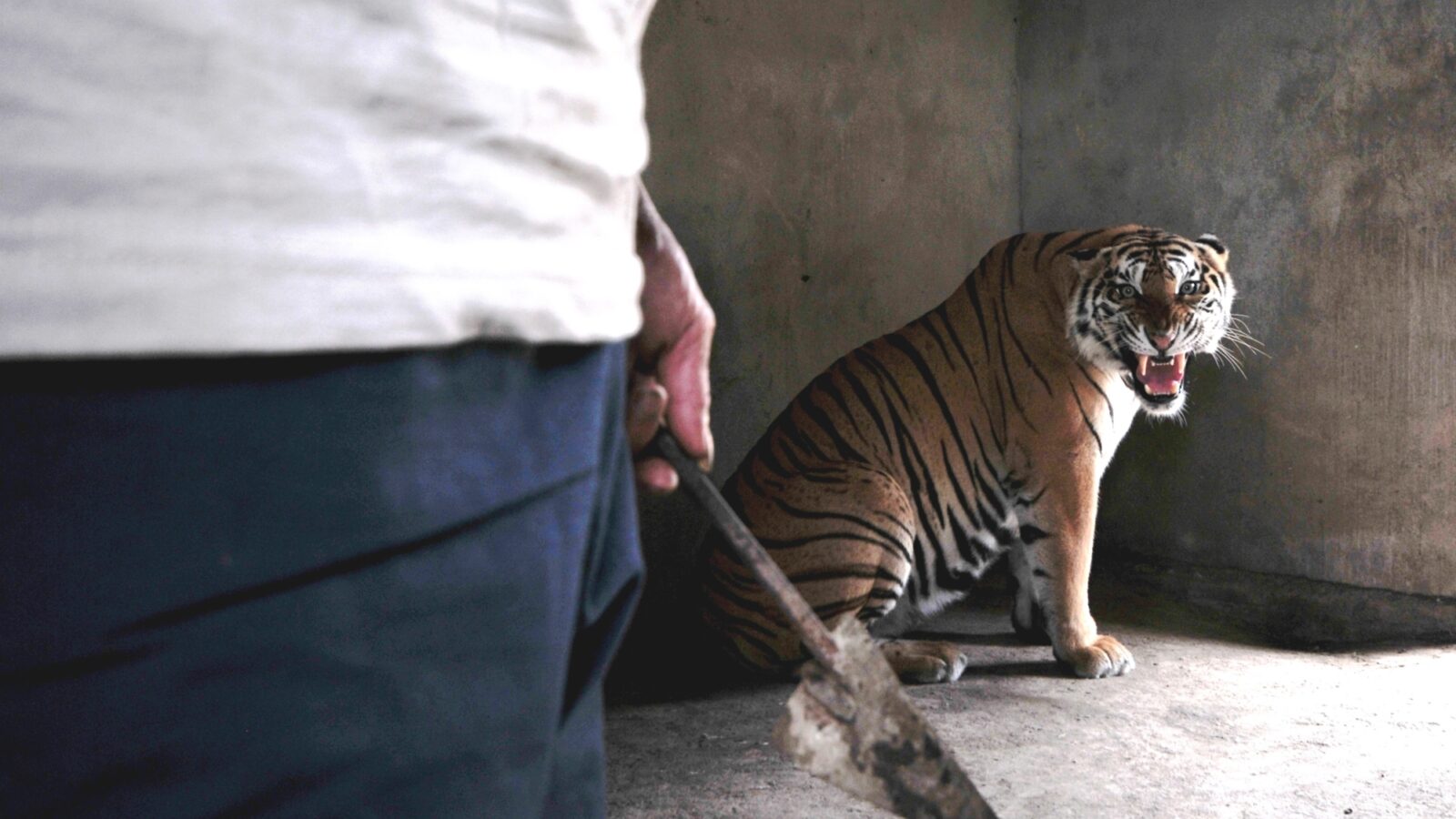 Swiss-born nature photographer Karl Ammann has been engaged in questions concerning the ecological challenges of the modern world for a long time. He is especially interested in the exploitation and abuse of iconic wild animal species, and has amongst other things helped uncover extensive poaching practices in Eastern Africa, where he has lived for 40 years. This time, the award winning photographer has spent ten years researching and uncovering the illegal trade of meat and body parts from tigers.

Ammann collected around 200 hours’ worth of film material from South East Asia and South Africa during this time. A significant amount of the materials were recorded with hidden camera while he and his team posed as tourists. In the course of this process, the film team were able to document secret speed-breeding farms where tigers are kept in cages, which in turn cooperate with nature reserves and tourist zoos. The animals are sold on as meat, fur, or body parts such as teeth and claws that some use for medicinal purposes. The film tells us that this part of Asia is practically empty of wild tigers as a consequence of these conditions. The big question is: how can these illegal activities continue to run on such a large scale, without any consequences for the people involved?

Karl Ammann (b. 1948) is a legendary Swiss nature photographer, who has done much of his work in the areas around the Congo River. He has previously appeared on Time Magazine's list "Heroes of Environment". The Tiger Mafia is his first documentary as a director.