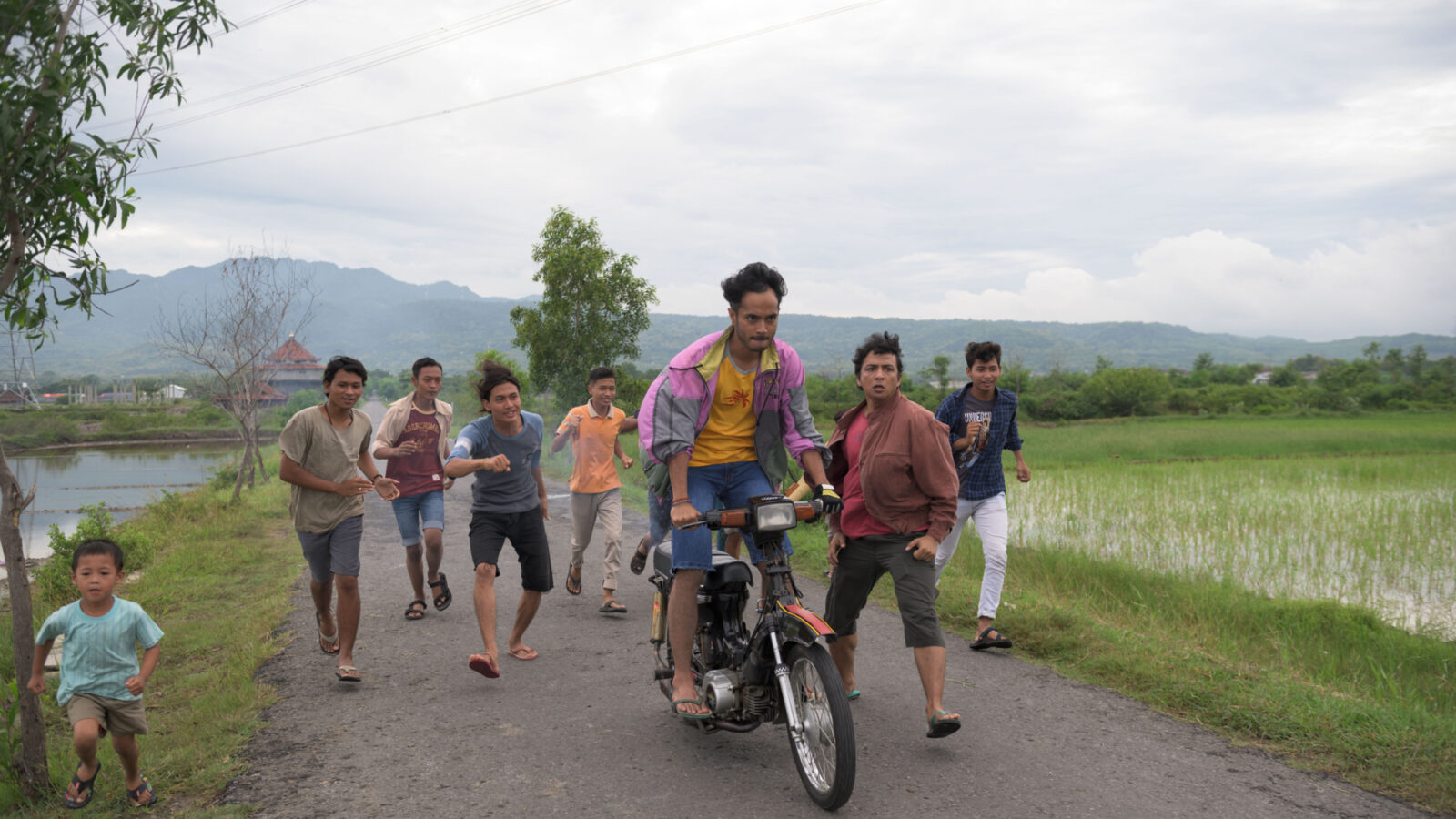 Vengeance Is Mine, All Others Pay Cash

Ajo is a young aspiring hitman with constantly high blood pressure, always looking for a new fight to get into or a new contract kill to take on. On the hunt for his next target, he meets badass bodyguard Iteung, and they fall hard for one another. However, Ajo is carrying a very intimate secret that he fears will get in the way of sharing his life with Iteung.

Filmmaker Edwin is a heavyweight champion on the Indonesian film scene, and has previously visited Films From the South with his Postcards From the Zoo (2012). With his new film, he won the prestigious Golden Leopard at Locarno, despite his film being quite different from the general profile of the festival. Vengeance is Mine… combines East Asian martial arts film with sex comedy, ghost stories, and romance. You might sometimes get the impression of a deliberate B-movie feel, which will feel very familiar to Tarantino fans. All of it is wrapped up in the personal problem that Ajo is struggling with, and it seems fitting to quote from Edwin’s own statement to the Locarno festival:

“Why do we waste time obsessing over impotence, while violence still keeps occurring all around us? We need to chill on the macho culture.”