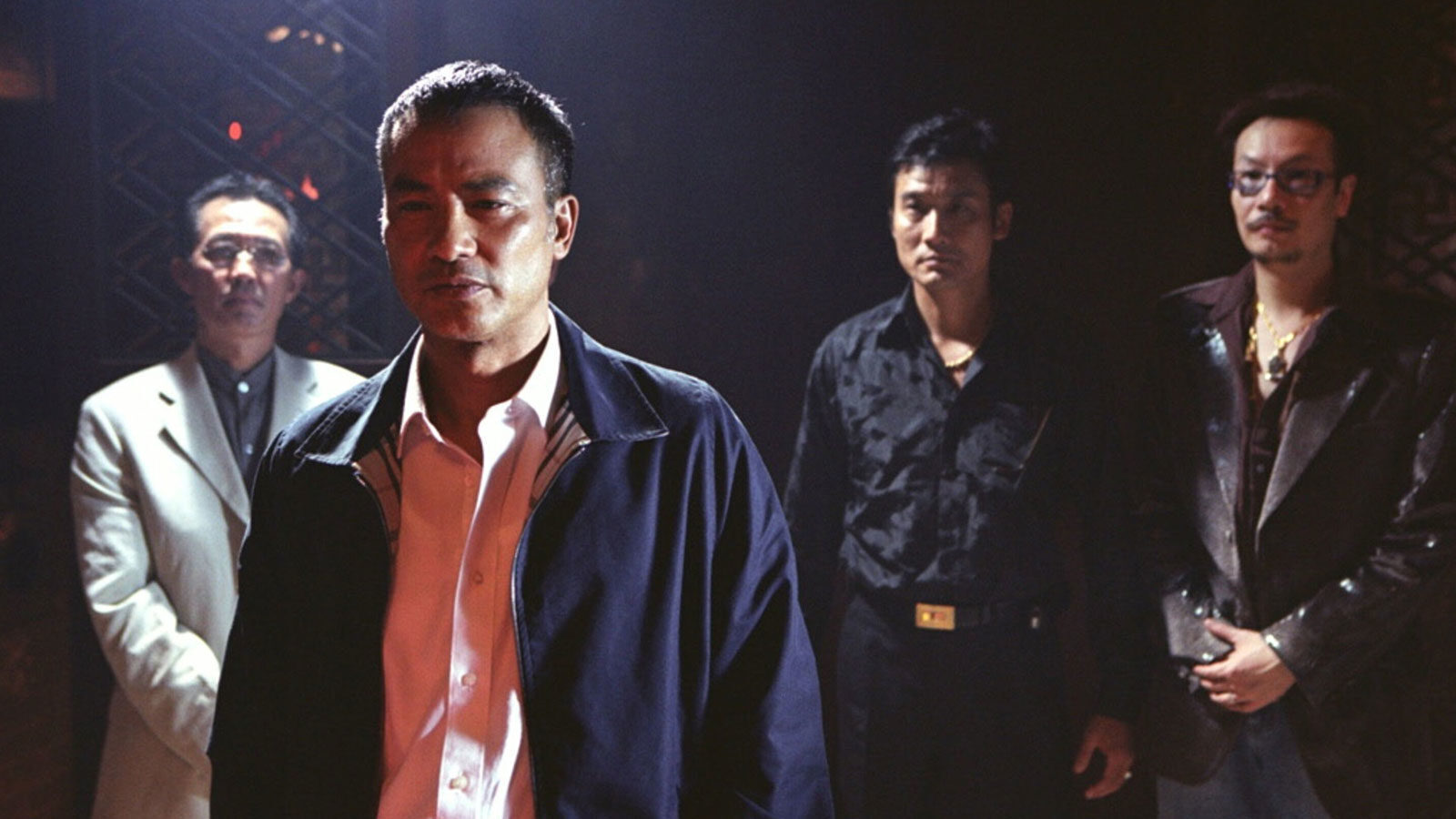 A film painted with Caravaggesque sparks of light set amidst the deepest moral gloom, a terrifyingly moving account of Hong Kong, its triads, and the future of both: Election stands out in Johnnie To's oeuvre for its thematic complexity and political weight. Operatic in conception, it pits two of Hong Kong’s finest actors, Tony Leung Ka-fai (snarling, charismatic Big D) and Simon Yam (rational, cool-as-ice Lok) as rival gangster kingpins vying to head one of the city’s oldest triad societies. Will Lok’s seemingly rational management principles win the votes of more triad elders than Big D’s offer of atavistic violence?

To and team researched HK’s triad lore and created a controversially authentic portrait of a highly ritualized, structured gangster society on the edge of chaos. There is not even a shadow of a gun on display, but the trauma wrought by violence (and the limits of democracy, HK-style) are never out of view.

Johnnie To Kei-fung (b. 1955) grew up in Hong Kong’s tough Kowloon Walled City. From commercial TV, he moved on to cinema and since 1980 has directed and produced over 60 films, including many of Hong Kong’s finest and most popular films in many genres: police actioners, crime dramas, melodramas, romantic comedies, and action fantasies.