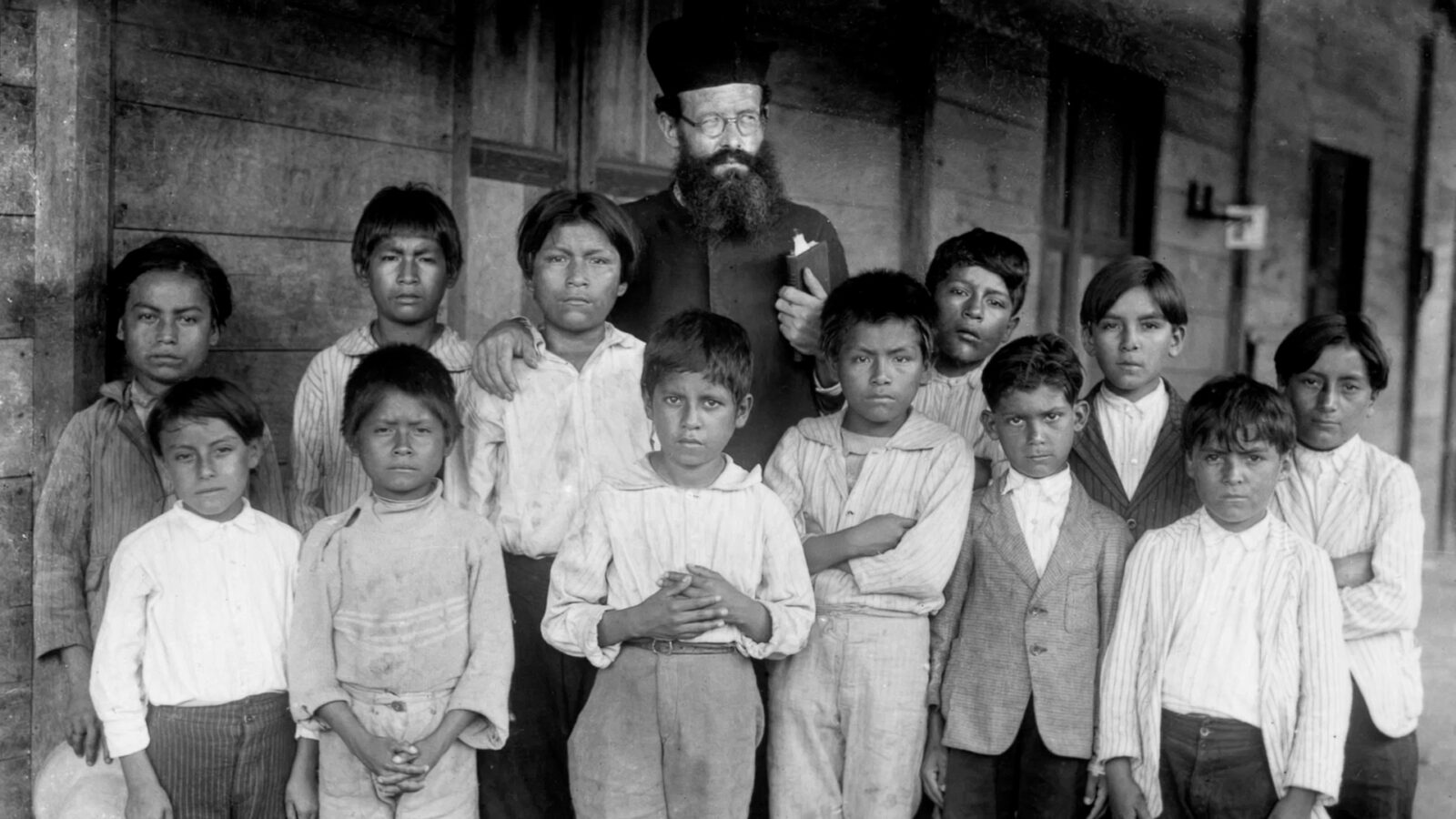 From the director of groundbreaking documentary I Am Not Your Negro (2016) comes a monumental work about the history, present, and future of colonialism. Director Raoul Peck has referred to this four-episode documentary as the origin story of white supremacy.

Its title is a quote from Joseph Conrad’s novel Heart of Darkness, later re-interpreted in Francis Ford Coppola’s Apocalypse Now (1979). The quote was later thoroughly analysed by Swedish historian Sven Lindqvist, who wrote about the relationship between colonialism and Nazism. In his radical, experimental documentary, Raoul Peck takes us on a revolutionary journey which explores the links from the invading "Pioneers of the New World" via institutionalised slavery in the US, to Hitler’s orchestrated genocide and from there to the bombings of Hiroshima and Nagasaki and the Rwandan mass slaughter of 1994.

Exterminate All The Brutes combines classic documentary archive material with quotes and clips from popular culture, interspersed with dramatized thought experiments which illustrate historical events. This four-part HBO series will be screened in full at Films From the South 2021. We guarantee an unforgettable experience.

There will be an intermission roughly halfway through this screening, during which time the café at Oslo Cinematheque will be open.

On the occasion of this special festival screening, world famous director Raoul Peck (I Am Not Your Negro (2016), Young Karl Marx (2017), Lumumba (2000)) is joining us for a digital talk with Dag Herbjørnsrud, historian of ideas and founder of Center for Global and Comparative History of Ideas (SGOKI). Their conversation will be pre-recorded.